Allu Arjun Birthday: From Arya to Ala Vaikunthapurramuloo, 5 Mass Entertainers Of This Tollywood Hero You Shouldn’t Miss! 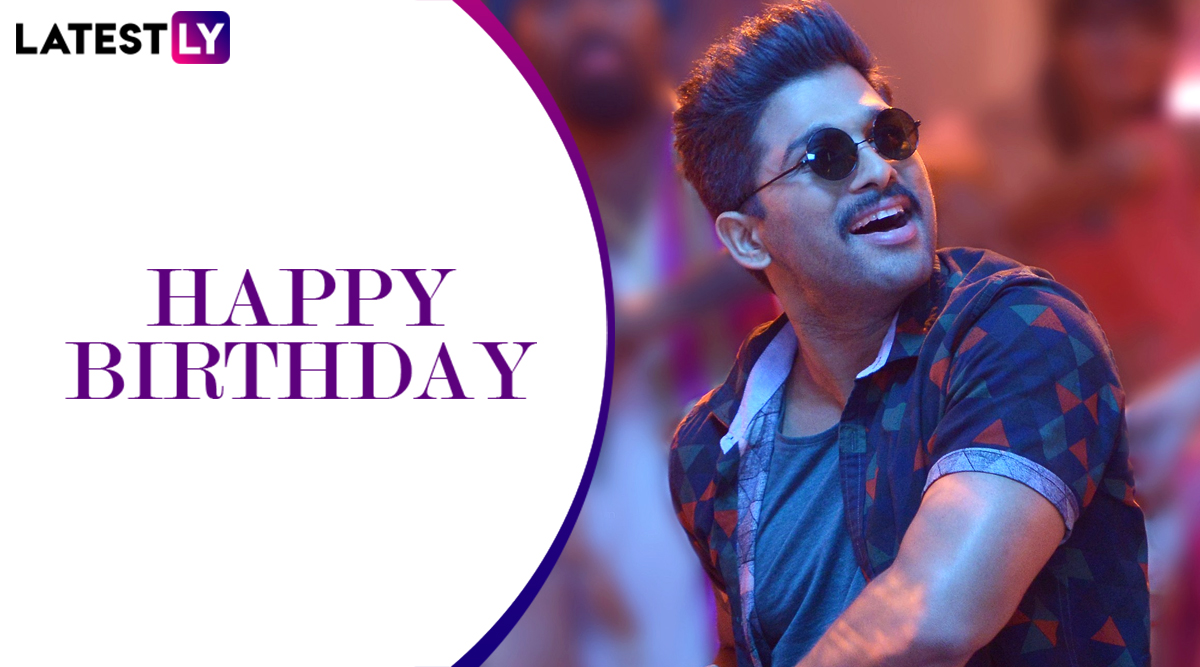 Allu Arjun is one of the most bankable actors of Telugu Cinema. He is stylish, charming, a great dancer and of course, one of the most-loved actors in Tollywood. Born to producer Allu Aravind and Nirmala on April 8, 1982, he is fondly called as Bunny by his fans. Today being his birthday, fans have already started pouring in wishes for Allu Arjun across social media platforms. He is one such actor who has given some amazing blockbuster films. Fans eagerly wait to watch his films on the big screens. Allu Arjun Fans Trend #17VictoriousYrsOfAlluArjun to Celebrate the Ala Vaikunthapurramuloo Star's Amazing Career Since His Debut in Gangotri.

Before Allu Arjun made his debut as a lead actor, he appeared as a child artist in films (Vijetha and Swati Mutyam) that released in the late 80s. In 2001, he made a cameo appearance in the flick titled Daddy, in which Megastar Chiranjeevi was seen in the lead role. On Allu Arjun’s 38th birthday, let’s take a look at those five mass entertaining movies, which set the box office on fire. Disha Patani Asks Allu Arjun About His Stylish Dance Moves, Telugu Star Reveals the Secret Behind It.

Allu Arjun’s second project was with filmmaker Sukumar. The film titled Arya made these two the superhit actor – director combo of Telugu Cinema. This romantic action drama marked Sukumar’s debut as a director, and it was declared as a blockbuster. Allu Arjun’s role in Arya was his breakthrough and it earned him numerous accolades.

In Puri Jagannadh’s action film Desamuduru, Allu Arjun played the role of a fearless journalist. This film is one of the biggest blockbusters and successful films in his career.

With the psychological action drama Arya 2, a sequel to the 2004 film Arya, Allu Arjun reunited with Sukumar. His role as a psychotic was portrayed by Bunny flawlessly.

Rudhramadevi, released in 215, starred Anushka Shetty, Allu Arjun and Rana Daggubati in the lead roles. It was the first Indian 3D historical film and the fifth highest opening day grossing Indian film in that year.

Allu Arjun and Pooja Hegde starrer Ala Vaikunthapurramuloo was another hit film of Tollywood that released in the beginning of this year. He played the character Bantu who is smart, outspoken and a hardworking middle class man.

In an interview to Filmfare, Allu Arjun was asked if he finally identified the secret of a blockbuster. He was quoted as saying, “No one in the world knows the secret to a blockbuster. You just have to follow your gut feeling. Sometimes you’re wrong, sometimes you’re right. Generally, when you follow your heart, you end up being right.” Here’s wishing Tollywood’s hero tons of love and good luck in his future endeavours. Happy Birthday, Allu Arjun!