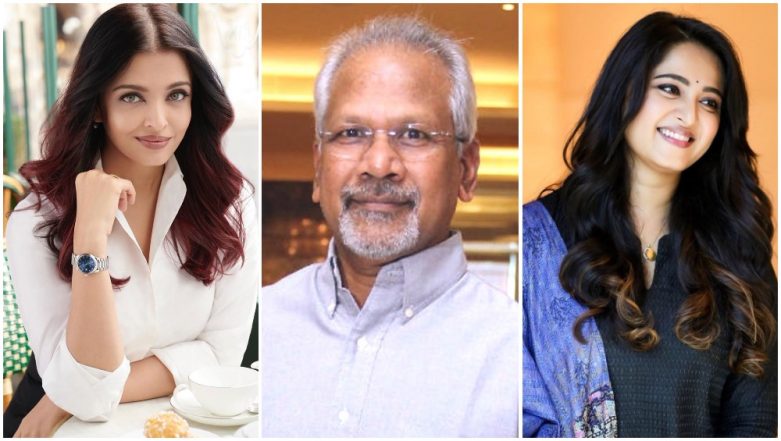 Mani Ratnam is all set to direct his next, a period drama with an elaborate star cast. Titled Ponniyin Selvan, it's a historical drama that revolves around the Chola dynasty. While the project is making headlines for all the right reasons, here comes another piece of a rumour that's only going to make it better. If recent reports are to believe, Baahubali fame actress, Anushka Shetty is all set to join the film's big star cast and her apparent inclusion has only piqued our interest further. Aishwarya Rai Bachchan's 'Nandini' in Mani Ratnam's Next is Stark Opposite of Her Hum Dil De Chuke Sanam Character.

Makers of Ponniyin Selvan are currently busy initiating different talks with Anushka and her team and if all goes well, she will come on board and announce her big decision very soon. While we heard Nayanthara was approached for the same, things didn't work out between her and the makers. Meanwhile, Aishwarya Rai Bachchan has confirmed her inclusion and Keerthy Suresh has apparently given her nod to it. Prabhas Picks the Sexiest Actress in Telugu Cinema and Yes, It's Anushka Shetty.

Besides Aishwarya, Vikram, Jayam Ravi, Karthi, Sathyaraj, Mohan Babu and Amala Paul are also rumoured to be a part of this stellar cast and the project is expected to start rolling next year. After Lyca Productions and Madras Talkies' decision to leave the project, Mani Ratnam is now hunting for his producers and there are reports about Jio Studios bankrolling it.