If one Kamal Haasan is truly a force de majeure, how about two Kamal Haasan's? On the occasion of his 66th birthday, we look at our seven favourite movie where Kamal Haasan wowed us in more than one avatars. 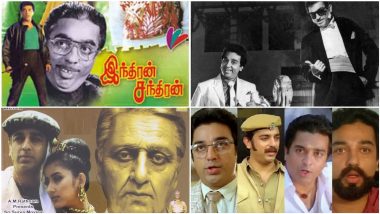 Kamal Haasan Birthday: 7 Awesome Films Where the Ulaganayagan Entertained Us in Multiple Avatars

Kamal Haasan is a terrific actor. When he is in the best knick, there would hardly be any actor in this world who can stand up to him. Except for a Mohanlal in prime form, sniggers the Lalettan fan in my heart. While that is upto a fantastic debate as to who is the better actor, there is hardly any doubt that both Kamal and Lal have given some stupendous performances that cannot be outclassed. Some of Kamal Haasan's finest performances come in movies like Apoorva Raagangal, Swathi Mutyam, 16 Vayathinile, Maro Charitra, Raja Paarvai, Moondram Pirai,  Sagara Sangamam,  Nayakan, Apoorva Sagodharargal, Gunaa,  Mahanadhi, Indian, Anbe Sivam, Hey Ram, among others. Kamal Haasan 232 To Gets Its Official Title on Tamil Icon's 66th Birthday on November 7 (View Tweet).

And if one Kamal Haasan is truly a force de majeure, how about two Kamal Haasan's? On the occasion of his 66th birthday, we look at our seven favourite movie where Kamal Haasan wowed us in more than one avatars. Which leads us first to:

Kamal Haasan challenged himself 10 times in this 2008 KS Ravikumar film, where we saw the actor in 10 different getups. While it was fun to see Kamal adapt himself in different ethnicities and use different accents, appearing an American, as Japanese, a Sikh and even a giant Afghan, not every character leaves an impact. Even the film is more or less, okay, especially compared the rest of the entertaining lot in the list.

So here's where it begins... 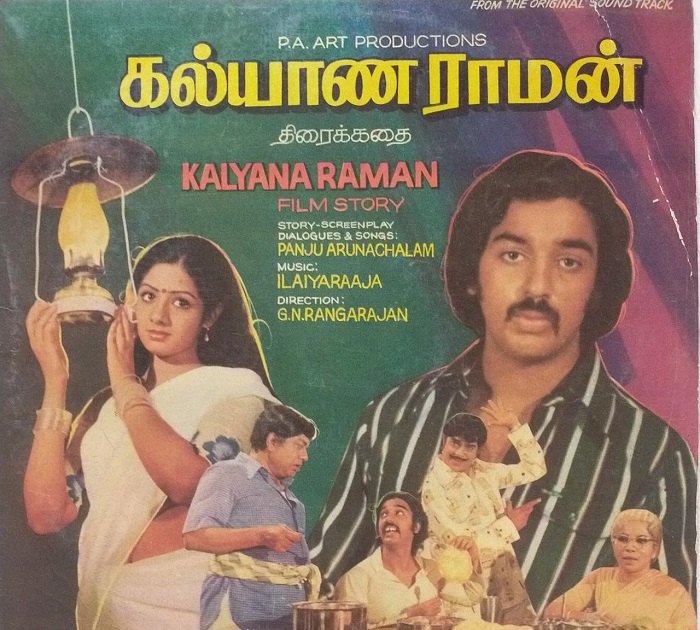 Kamal Haasan plays long-separated twins in this 1979 comedy, directed by GN Rangarajan. One is a mentally handicapped rich heir, surrounded by enemies, who kill him, but his spirit meets the younger twin, and brings him back to his rightful home and take revenge on his brother's killers. The late Sridevi was the female lead in the movie, which also got a sequel in Japanil Kalyanaraman. The movie was also remade in Hindi with Dharmendra and Rekha as Ghazab. 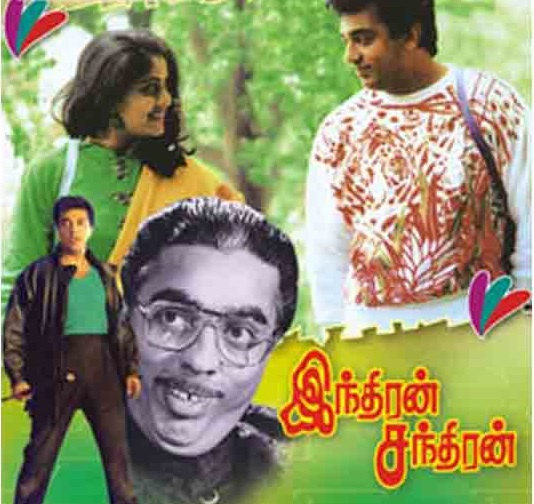 We had only a few films where Kamal gets to experiment with his gre shades. Indrudu Chandrudu, a Telugu film directed by Suresh Krissna, has him play a corrupt, philandering mayor and his younger doppelganger, who is brought in to replace the mayor when he is killed in a fit of rage. A comic-thriller with satirical tones, Kamal is terrific as both the mayor, and the man attempting to be the mayor. 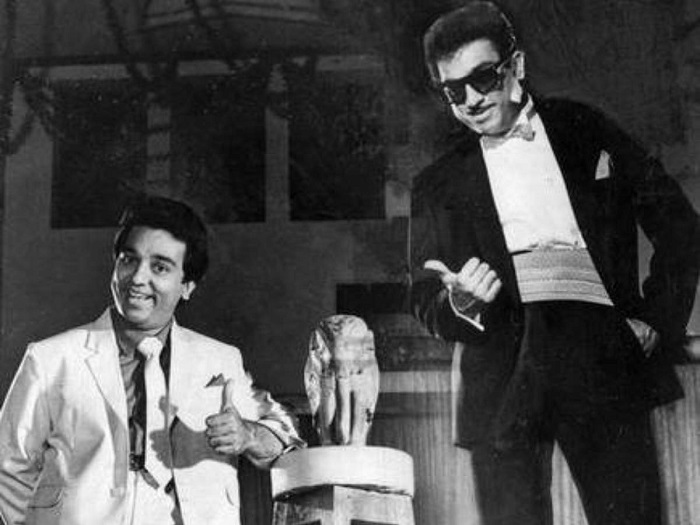 Apoorva Sagodharargal is such an iconic hit, that even its dubbed Hindi version - Appu Raja - is spoken with the same love and warmth as the Tamil original. Kamal again plays lost-lost twins -the sons of a slain honest police officer (also played by Kamal - who are separated as babies. One is a street-smart mechanic, Raja, while the other is Appu, a vertically challenged circus artiste. Apoorva Sagodharargal gets into revenge mode when Appu learns the identities of his father's killers, and goes on to kill them using ingenious methods, but the blame hilariously falls on the clueless twin! 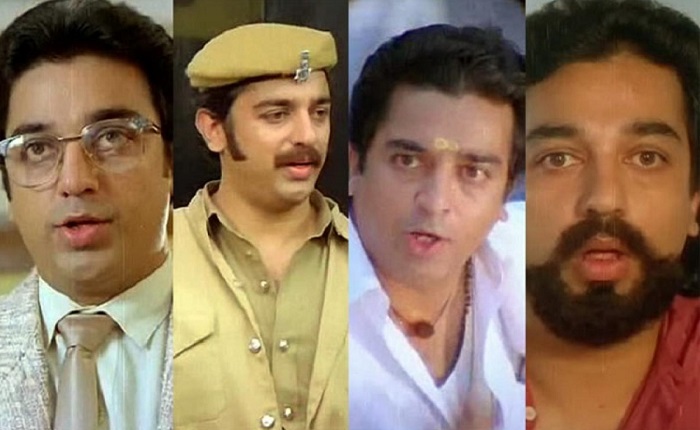 Continuing the trope of brothers separated as babies, now we have four Kamal's who get separated and brought up in different circumstances. One becomes a rich businessman, one is a Palakkad Brahmin cook, one is a flirty firefighter and one is a crooked thief. As they criss-cross each other's paths without the knowledge of the other's existence, it leads to some very funny situations. Michael Madana Kama Rajan is also known for its evergreen song "Sundari Neeyum Sundaran Njanum". One of Shankar's best films, if not the best (my vote for that!), Indian (dubbed in Hindi as Hindustani) is a socio-vigilante thriller where one Kamal is a former freedom fighter, who is now a vigilante on a mission to kill corrupt government officials. The second Kamal is his son, whose one mistake puts him in his father's hitlist. Indian, now getting a sequel too, is memorable for Kamal's National award-winning dual performances and AR Rahman's chartbuster music. Shankar Birthday Special: From Arjun’s Gentleman to Rajinikanth’s Enthiran, 7 Interesting Protagonists the Blockbuster Director Has Given Us! 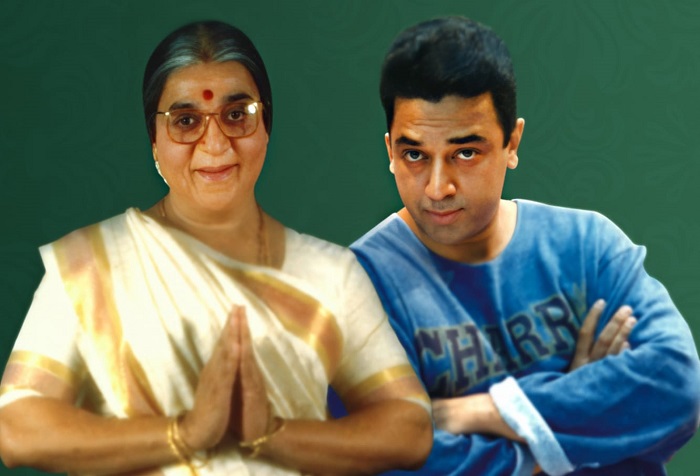 Unlike the other films in this list, Avvai Shanmugi doesn't really have a double role. But for the rest of the characters in the film, there are two Kamals - one a choreographer, desperate to reunite with his wife and kid, and the other, his alter-ego an Brahmin lady, who works as a caretaker in his father-in-law's house. As Shanmugi, Kamal is very hilarious, supported by a great cast. The Hindi remake, Chachi 420, is equally good!

Again, like Avvai Shanmugi, this isn't technically a double role. But we get to see the inimitable Kamal don two personas, one of a vain superstar who learns that he has terminal disease. The other is a role that he does in what is his film film - a comical character in a historical setpiece. While the film-within-film narrative is passable, it's the other narrative, the superstar's story, that is truly good and in the end, heartbreaking, also featuring good acting turns from Urvashi and Parvathy.

(The above story first appeared on LatestLY on Nov 07, 2020 09:51 AM IST. For more news and updates on politics, world, sports, entertainment and lifestyle, log on to our website latestly.com).