Thuramukham: Nivin Pauly As Moidu in the Second Look Poster of His Period Drama Is Intense and Gritty (View Post) 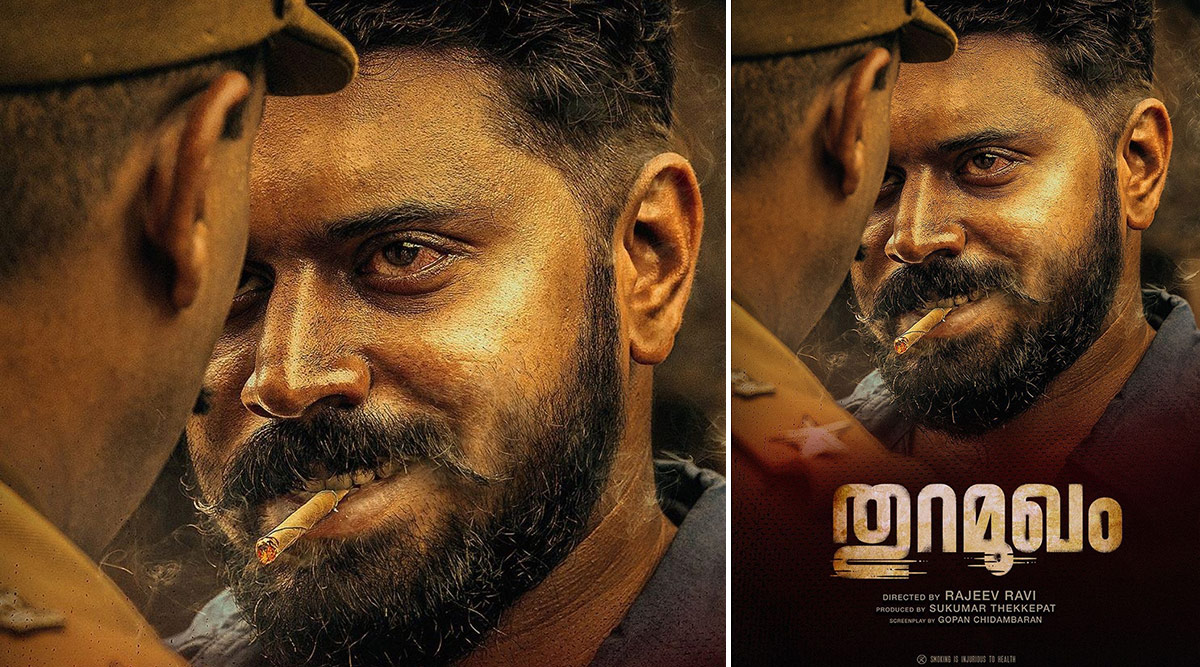 Fan of Malayam cinema's crowd-puller, Nivin Pauly? Then here's the second look poster from the actor's upcoming film titled Thuramukham. The actor took to his social media and shared a new poster from his flick which sees him in quite an intense look. Helmed by Rajeev Ravi, this is Nivin's first collaboration with the director and going by the vibes of it all we feel it's going to be quite a kickass one. The shared pic sees the South star in a badass avatar making an eye-to-eye contact with a cop. The poster in itself tells a story and also affirms that the role of the superstar in the film is of someone who does not give a damn. International Nurses Day 2020: Nivin Pauly, Sivakarthikeyan Express Gratitude Towards All The Nurses For Their Tireless Efforts In The Fight Against Coronavirus.

Elaborating on the same, red eyes, beard and a cigarette stuffed in his mouth, Nivin as Moidu from the film look massy. Also, kudos on the makeup part as it is perfect to the 't'. Reportedly, Thuramukham happens to be a period thriller which is said to revolve around the plot 'Chappa' system from the 1950s that was part of the coastal areas of Cochin. Apart from the lead, the movie also stars Indrajith, Nimisha Sajayan and Joju George in key roles. Must say, going by the first two posters, the film does look promising. Padavettu: Manju Warrier to Share Screen Space with Nivin Pauly For the First Time!

Nivin's flick is currently in the post-production stage and can get delayed due to COVID 19 outbreak in the country. Earlier in an interview with Indian Express, Pauly had lauded Rajeev's craft and said, “Rajeev and I discussed other projects before we finalized Thuramukham after Moothon. It is a period film set in the 30, the 40s and the 50s. And I love to work with Rajeev. His craft makes him stand out from other filmmakers. It is a big film, which is mounted on a huge canvas." Coming back to the poster, what are your thoughts on the same? Stay tuned!