Broken But Beautiful 3: Sidharth Shukla And Sonia Rathee's Love Saga Becomes The Highest Rated Season Of The Series On IMDb

Broken But Beautiful season 3 has seen good responses from fans of the series and Sidharth Shukla. Thanks to that, the season is now the highest-ranked one on IMDb. In fact, it also has the highest number of votes than the last two seasons 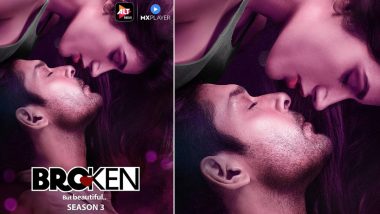 Broken But Beautiful 3 is streaming on Alt Balaji from May 29. There has been a deafening buzz around the series all thanks to Sidharth Shukla and his swelling crowd of fans since Bigg Boss. They just can't get enough of the actor. The reviews of his love story with Sonia Rathee were however mixed as some critics found the subject without any depth. The fans of the series and Shukla didn't care much. Resultant? The season is the highest-ranked one on IMDb in the series. The last episode fetched a whopping 9.8 rating! Sidharth Shukla Approached For Prabhas’ Adipurush? The Broken But Beautiful 3 Actor Reveals The Truth

Broken But Beautiful is a series that was kickstarted with Vikrant Massey and Harleen Sethi in the lead. In the first two seasons, their makeup, break up and makeup again formed the crux. These two seasons rank decent with episodes ranging between 7-8.5. However, the third season just skyrocketed to 9 and more. Sandeep Aur Pinky Faraar, Dil Bechara, Soorarai Pottru – How IMDB Ratings of These Movies Show We Have Been Using the Site All Wrong! (LatestLY Exclusive) 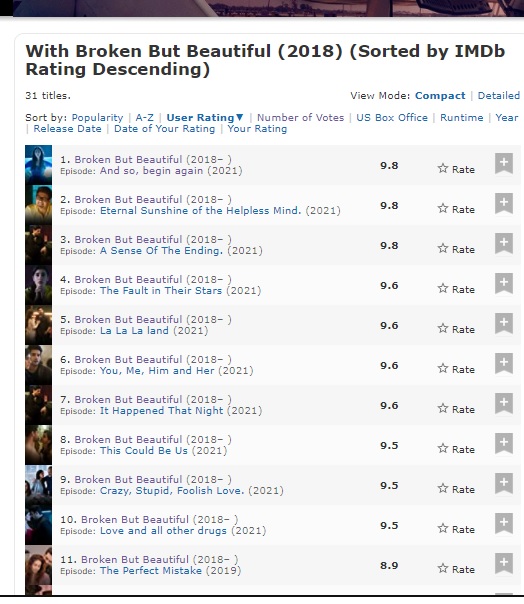 But before you start celebrating, here's something you should know. We have tried to educate our readers about how the rating system on IMDb works. The database gives more emphasis to regular users and not those who open an account to rate one movie, TV show, or others. In Broken But Beautiful 3's case, while the ratings are highest, votes are quite less but they are still the best in the series. So if you don't find it in the Top rated webseries list of any kind, don't get shocked or offended.

(The above story first appeared on LatestLY on Jun 01, 2021 12:31 PM IST. For more news and updates on politics, world, sports, entertainment and lifestyle, log on to our website latestly.com).