Mirzapur 2: From Pankaj Tripathi’s Kaleen Bhaiya to Ali Fazal’s Guddu, the Final Fates of All the Main Characters Revealed – Who Died and Who Survived! (SPOILER ALERT) 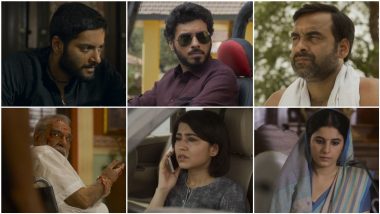 Mirzapur 2: Who Died and Who Survived - Revealing the Final Fates of Main Characters!

The new season of the cult show Mirzapur has begun streaming on Amazon Prime Video, amid much anticipation and excitement from fans. The first season turned into a pop culture sensation, when it came out a couple of years back. The dialogues were turned into awesome memes that still continue to trend, while the characters like Kaleen Bhaiya, Munna, Guddu Tripathi became cultural icons on their own right. Well, Mirzapur 2 takes the legacy ahead, but stutters and stumbles all along the way. Mirzapur 2 Review: Too Many Characters and Plotlines Spoil the Fun in Pankaj Tripathi, Ali Fazal’s Web-Series.

The final episode of the last season had set the path for Mirzapur 2 to take - being a revenge saga. A vengeful Munna (Divyenndu Sharma) kills Bablu Pandit (Vikrant Massey) and Guddu's (Ali Fazal) wife Sweety (Shriya Pilgaonkar) at the wedding reception of their business associate's daughter. Meanwhile Kaleen Bhaiya retains his status quo as the baahubali of Mirzapur in a brutal showcase of power that leaves ACP RS Maurya (Amit Sial) at his mercy. His father Satyanand Tripathi, despite being wheelchair-bound, blackmails his philandering daughter-in-law Beena (Rasika Dugal) to have sex with him, and also get her to bobbit her domestic help and secret lover, Raja (Nitin Mahesh Joshi).

Mirzapur 2 has a handicapped Guddu and Sweety's seething sister Golu (Shweta Tripathi Sharma), hell-bent on avenging the deaths of their kin and take power of Mirzapur. There are other players who want their stake, like Sharad Shukla (Anjum Sharma), who has a bone to grind with both Guddu and Munna. The action also expands to Bihar, where we meet the Tyagis, the powerful dons there, whose youngest son Shatrughan (Vijay Verma) falls for Golu. And as expected, there are plenty of deaths, most of which happen in the final couple of episodes. And some of them are of principal characters. And some survive so that they can once again indulge in the powerplay for the throne of Mirzapur in season 3. Yes, the series ends on that note! Mirzapur 2 All New Episodes Meme Templates for Free Download: With Amazon Prime's Hit Series Leaked on Telegram, Here Are Latest Joke Formats to Make Funny Memes.

So who dies in the new season? Who survives to see another day of bloodshed in season 3? Before we go about that, let's warn you that the below article is filled with SPOILERS (duh!). 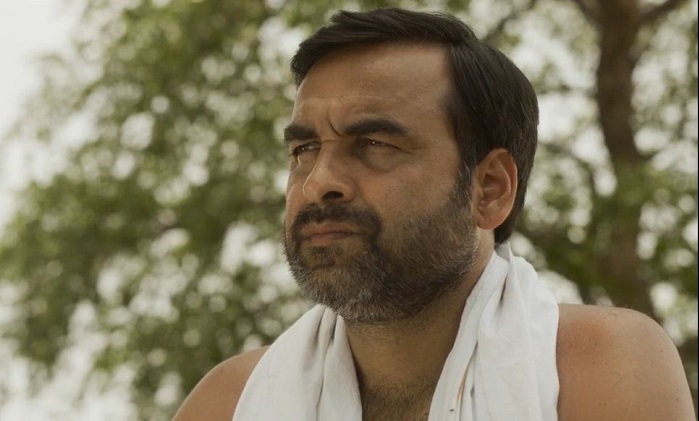 Kaleen Bhaiya might have convinced his son that he doesn't want to kill him, but he gets heavily injured in the crossfire that happens between him and Munna, and Golu and Guddu. He is, however, saved by Sharad, to live another day, though we cannot say about his son.

Yup, the Joffrey Baratheon of the show - the most entertaining aspect of Mirzapur - is shot dead by the vengeful Golu and Guddu, in the same manner in which he killed Guddu. And to think, Munna began the new season by claiming he is immortal! 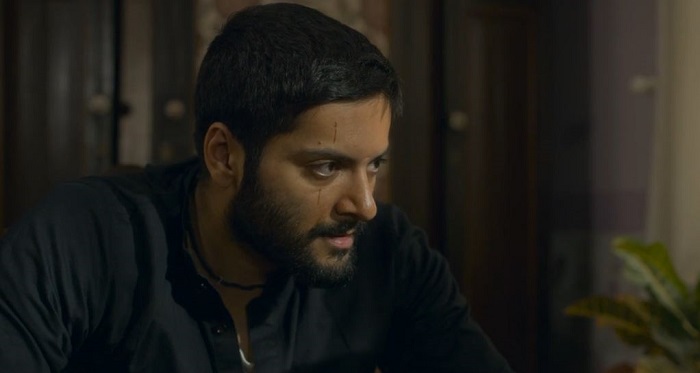 Guddu reigns on top at the end of the new season, killing Munna, though he lets Kaleen Bhaiya gets away. The last scene sees him sit on Kaleen's regal chair, thus indicating that the power of Mirzapur is now in his control. 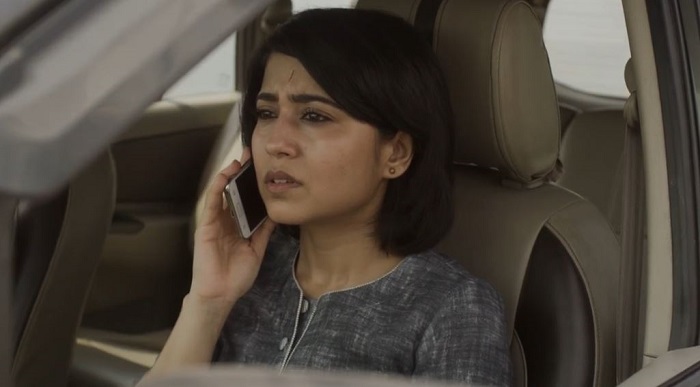 Golu finally gets to complete her revenge on Munna, and it looks like she is going to be Guddu's lieutenant in the third season. Golu has to be careful, though, as the Tyagi's, or what's left of them, are baying for her blood. 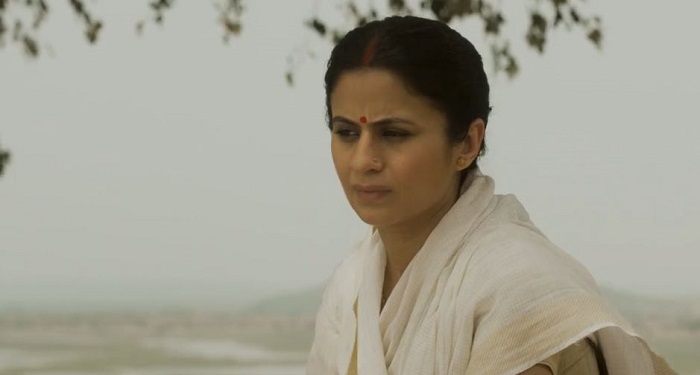 Beena not only gives birth to the child of her lover, while making the Tripathi's think it's theirs, she also gets to hack to death the man who tormented her in the last season.  And that is... 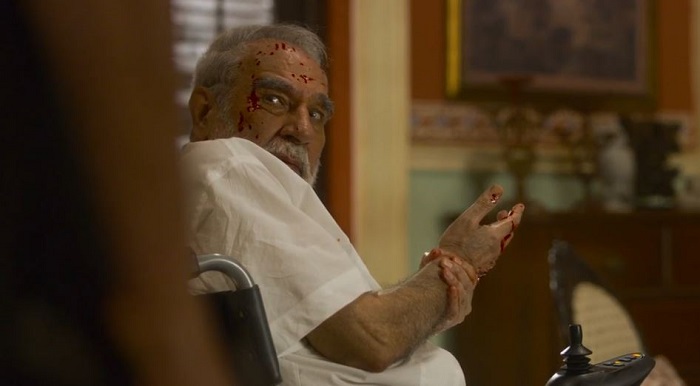 The depraved Bauji is first shot by their former bodyguard Maqbool, and then hacked to death by Beena, for what he has done to her. 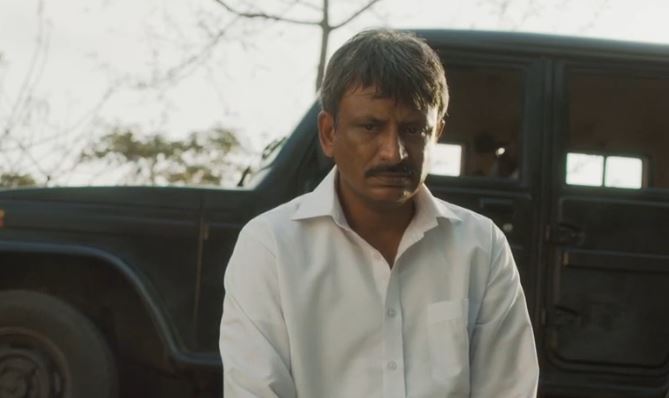 Guddu and Bablu's law-abiding father survives his mission of seeking justice for his murdered son, but in the process, he gets blood in his own hand, in trying to save his other son. 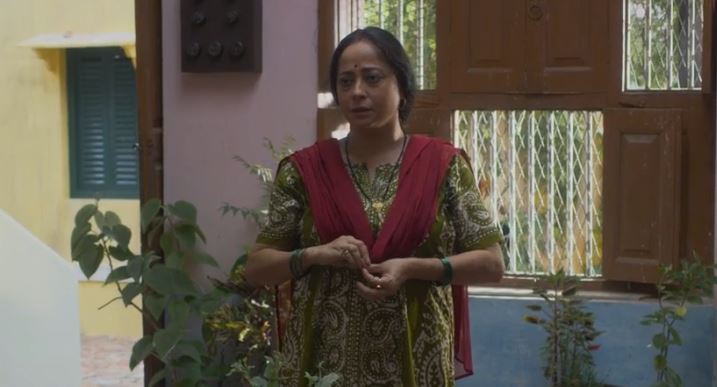 Guddu and Bablu's mother, thankfully, keeps herself safe by staying away from the action. 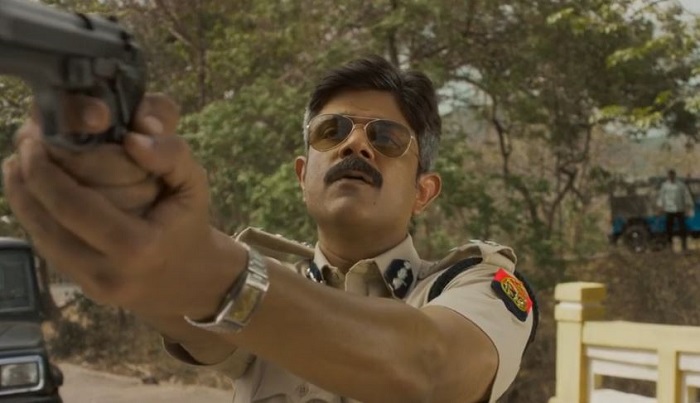 Though he survives Kaleen's bloodbath in the last season and pretends to his puppet, RS Maurya couldn't survive this season, getting shot dead by Ramakant, as the latter tries to save Guddu from getting fake-encountered. 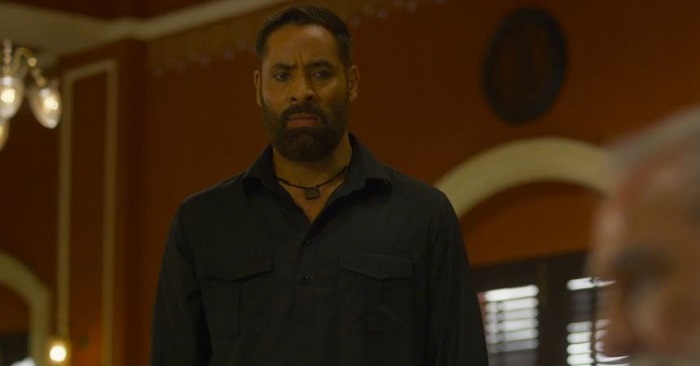 Kaleen's loyal hulk of a bodyguard turns against him, when Munna kills his nephew and his mother, in what is Munna's biggest mistake of the season. It remains to be seen how he will face his former master in the next season, after playing his part in Bauji's death. 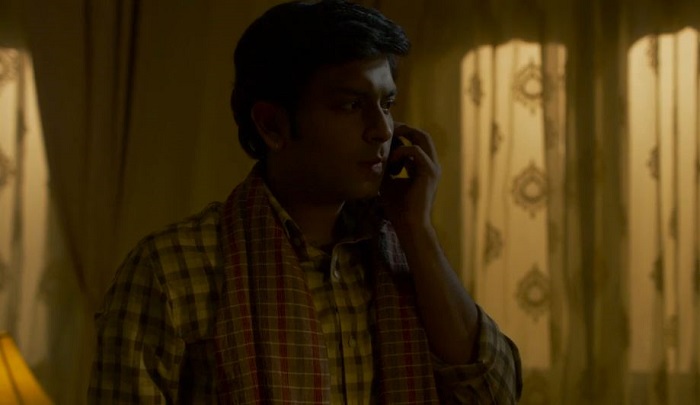 Beena's lover and the father of her child tries to kill Munna, goaded by Beena, who convinces him that Munna will kill their child. Instead, Munna overpowers him and shoots him dead, but not before Raja puts a final play, claiming that he has been sent to kill Munna by Kaleen. 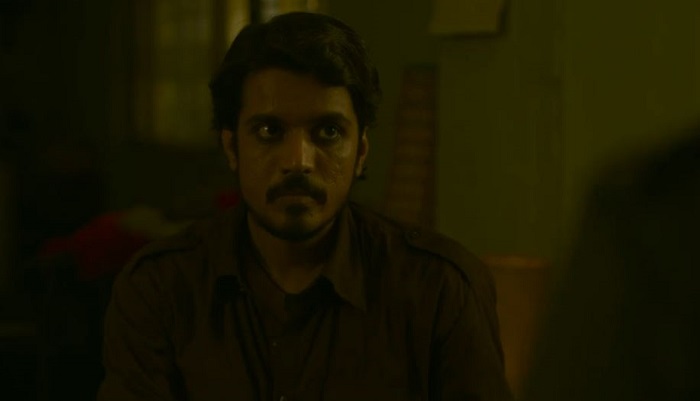 Guddu's loyal aide is killed by Munna when he visits his granny during Eid.

Sharad Shukla was trying to create a rift between Munna and Kaleen, and nearly succeeds in doing so. However, with Munna being shot down by Guddu and Golu, Sharad is seen leaving with a barely alive Kaleen, with his scheme still in the dark. 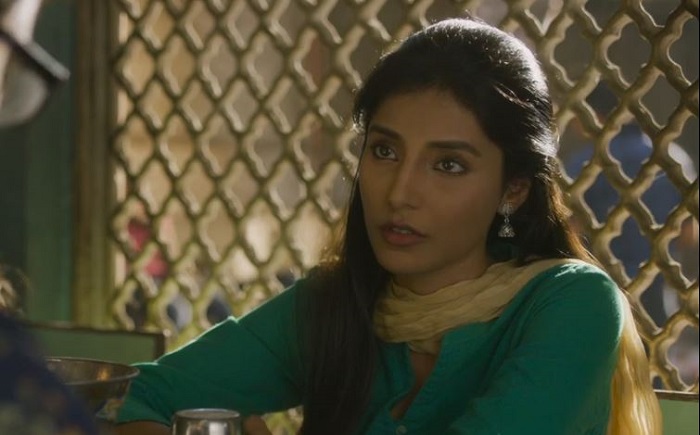 Guddu's sister manages to make herself alive at the end of the new season, and also manages to get herself a fiance. 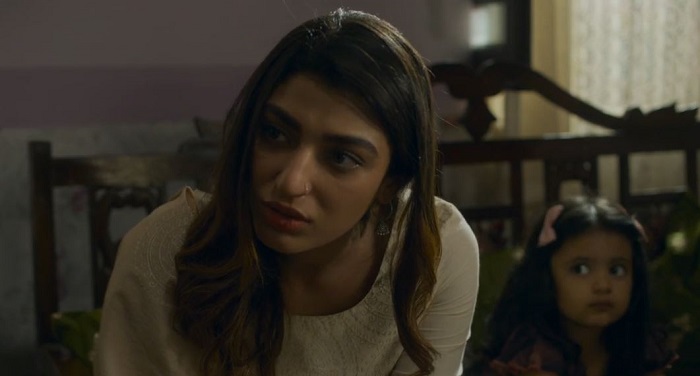 The unfortunate Shabnam finds her groom killed on her wedding night by Munna in the first season finale. In the new season, she finds love in an equally bereaving Guddu, though their romance looks to be short-lived. 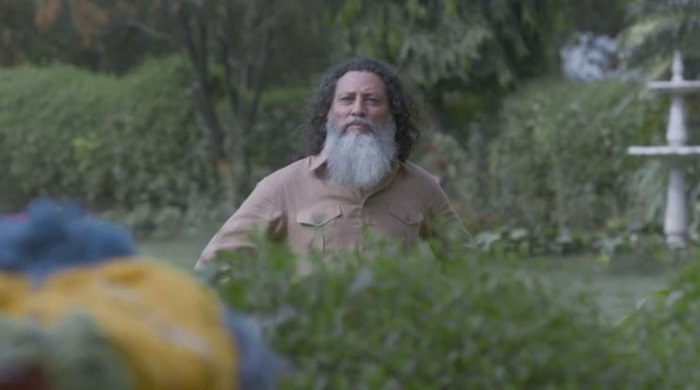 Shabnam's father and Guddu's treacherous business associate is seen arrested by the cops in the final episode. 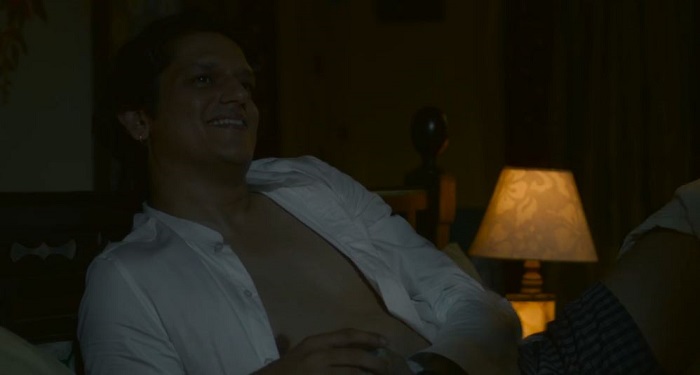 Final Fate: Not Sure but Mostly Alive

Shatrughan, who is besotted with Golu, doesn't want his twin elder brother and father to kill her. In the ensuing struggle and shootout, that sees their maternal uncle killed, one of the twins is shot dead and one is mortally injured. Because they are identical, we don't know who is killed, though the father thinks it's Shatrughan. However, a sneaky post-credit scene hints that it is Bharat who is killed. 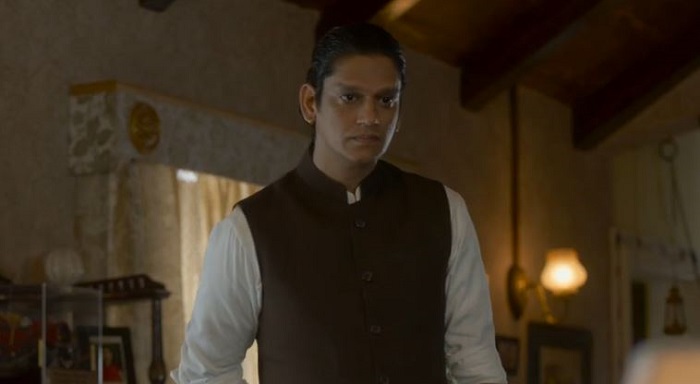 Final Fate: Not Sure But Mostly Dead

The PC scene hints that it is Bharat who is killed, and it is the younger brother who has taken the place.

The powerful don from Bihar, played by Lilliput, finds his sons trying to kill each other, leaving one dead. Pretty sure, he would try to kill Golu in the third season, though if it is Shatrughan who is alive, that might not happen. 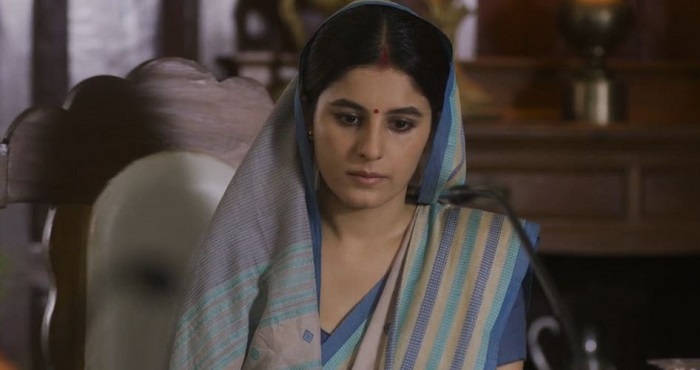 Kaleen's daughter-in-law and Munna's wife turns out to be a smart player, tricking Kaleen and making herself the CM of the state, earning his ire. It will be interesting to see how she deals with the aftermath of her husband's murder. 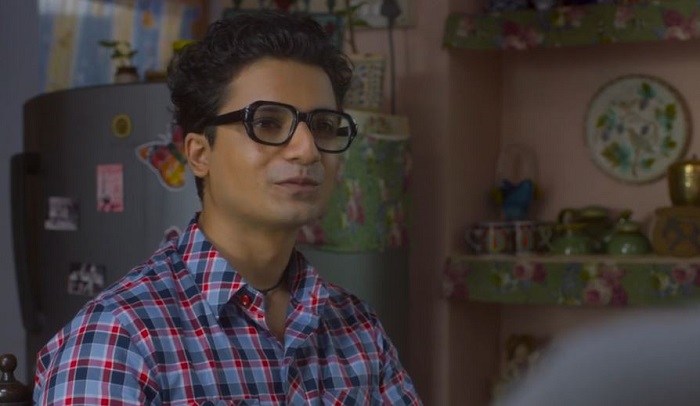 The street-smart history-sheeter finds himself engaged to Dimpy, though he may have to worry if Guddu finds out he has leaked their financial dealings to Ramakant. 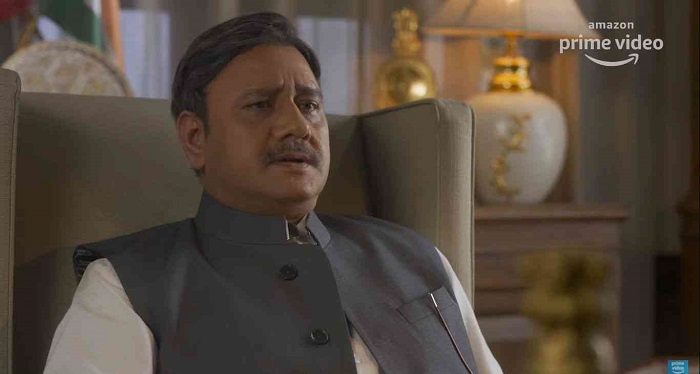 UP's beloved, but also cunning, CM finds himself killed in a truck accident, orchestrated by his brother. 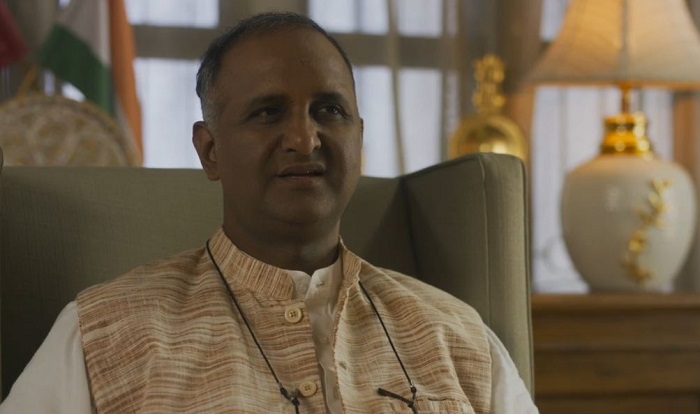 JP becomes the CM after his brother's death, though his reign is cut short thanks to Kaleen and Madhuri's scheming. 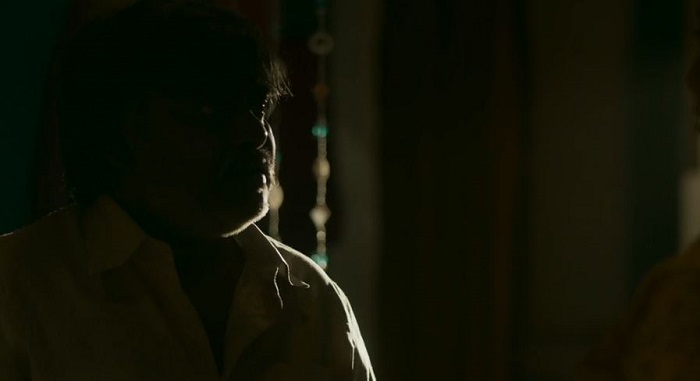 Guddu's new friend, played by Dibyendu Bhattacharya, who helped him recuperate from his injuries, is killed along with his wife by Guddu's rivals. His little daughter, who survives, is adopted by Guddu and Shabnam. 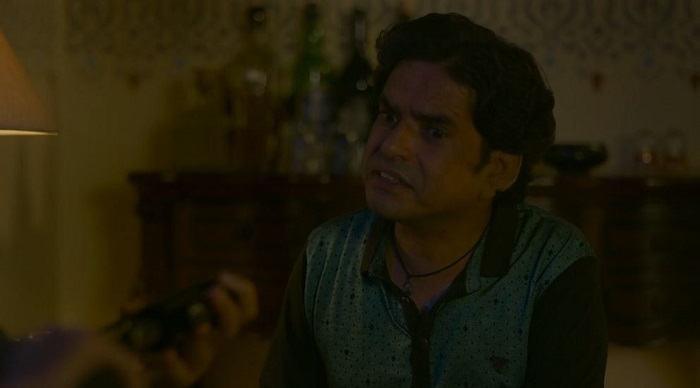 Munna's aide is the first major character to get killed by Maqbool on Kaleen's order, and the blame of the events that happened in the finale of the first season is pinned on him. 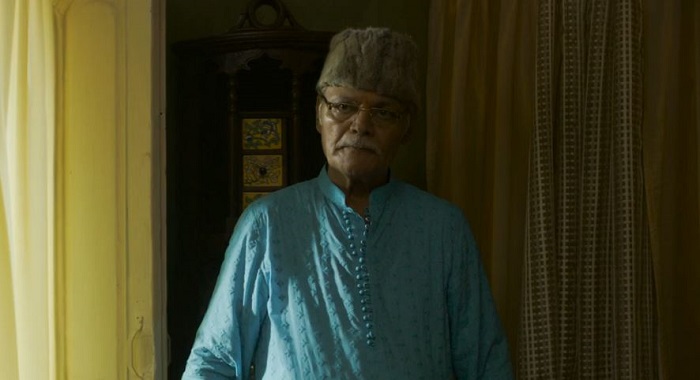 We finally find out that the iconic Bh*sdi Wale Chacha has a name - Imran - and he is furious about being insulted by Munna with that moniker. And in a hilarious scene, he throws back the same abuses to Munna, before being shot down by the latter.

(The above story first appeared on LatestLY on Oct 23, 2020 04:44 PM IST. For more news and updates on politics, world, sports, entertainment and lifestyle, log on to our website latestly.com).