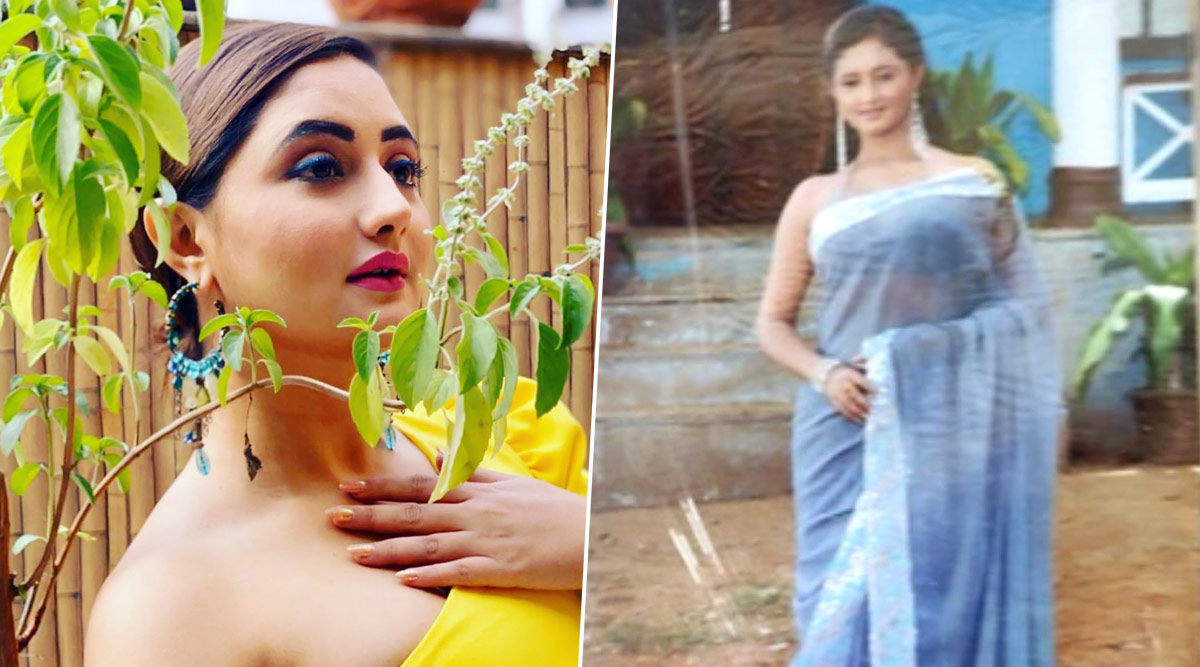 Actress Rashami Desai is back with a bang and how. After showing it to people that she's got it in her to be a total badass, who despite falling down many times, has the himmat to picks herself up with total dignity and poise, the actress is all set to conquer the world back again. Immediately after stepping out of the Bigg Boss 13 house, Rashami Desai bagged a meaty role in Naagin 4. And ever since, she is on a roll. Rashami Desai on Sidharth Shukla Joining Naagin 4: 'I Am Sure We Are Going to Have a Lot of Fun'.

The actress has been having the time of her life in front of the camera (she was last seen in fiction space in Dil Se Dil Tak) and also personally, after making amends with her estranged mother. In fact, Desai has been spending her quarantine time with her family and bonding closely with them.

But the actress is also on a throwback spree. From posting pictures of family events to some lesser-seen pictures of herself. And the latest one that Desai shared was one from her first solo lead show Pari Hoon Main. In the photo, Rashami can be seen donning a lavender saree and looks pretty. Sidharth Shukla Opens Up On His Current Equation With BB13 Co-Contestants Rashami Desai and Asim Riaz, Says 'I Am Sure We Will Have Fun Whenever We Meet'.

Here’s a major throwback picture again. My first ever show where it all began from. 😍😇 Can you’ll guess what show this picture is from ? 💁‍♀️ . . #RashamiDesai #love #throwbackmemories #rythmicrashami💃

Rashami debuted on television with Zee TV's show Raavan, which was from the point of view of Ramayan's antagonist. However, it was Pari Hoon Main that got Desai her claim to fame. After this, Rashami played Tapasya in Uttaran that catapulted her into the list of A-listers in the industry. Rashami has also dabbled in comedy and was a part of many shows. After that, Rashami returned to the fiction space and did shows like Ishq Ka Rang Safed, Adhuri Kahaani Humari and Dil Se Dil Tak. The actress is currently enthralling everyone in Naagin 4 as Shalaka.