After an explosive first episode, the second season of Star Wars spinoff series, The Mandalorian, goes a bit quieter in the new episode, which is also Chapter 10 of the series. While there is quite quite a bit of action, and Baby Yoda gets to do more this time, compared to being just a spectator in the premiere episode. 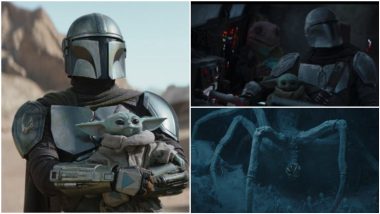 After an explosive first episode, the second season of Star Wars spinoff series, The Mandalorian, goes a bit quieter in the new episode, which is also Chapter 10 of the series. While there is quite quite a bit of action, and Baby Yoda gets to do more this time, compared to being just a spectator in the premiere episode - Chapter 10 actually feels like a bottle episode, a lull before a storm that still remains to come. The Mandalorian Season 2 Premiere Review: Mando and Baby Yoda Return for Another Kickass Inter-Galactic Adventure Filled With Star Wars Eggs and Giant Monsters!

Guaranteed that some of the show's fans would be disappointed with lack of major happenings, though Chapter 10 was still a very enjoyable episode in itself. The episode is directed by Peyton Reed, who you might know of the director of the two Ant-Man films in Marvel Cinematic Universe. It does make sense that this 'smaller' episode is directed by Reed, whose Ant-Man films are also 'smaller' in comparison to rest of MCU and yet packs in enough spectacles.

So what happens here? After memorably defeating the Krayt Dragon in the first episode, Mando (Pedro Pascal) and Baby Yoda sets out to find if there are more Mandalorians alive. He gets his hope high when he is told that there are some in a distant system, but for that, he has to deliver a cargo. That 'cargo' happens to be a Frog lady who wants to carry her eggs - protected in a special chamber - to her husband there, so that their lineage doesn't end. However, as expected, even this simple mission is fraught with dangers, including a thrilling sequence involving spider-like creatures. And we also get to learn that Baby Yoda is one big meanie!

So here are the major incidents that happened in the second episode of The Mandalorian Season 2. Of course, MAJOR SPOILERS ahead. 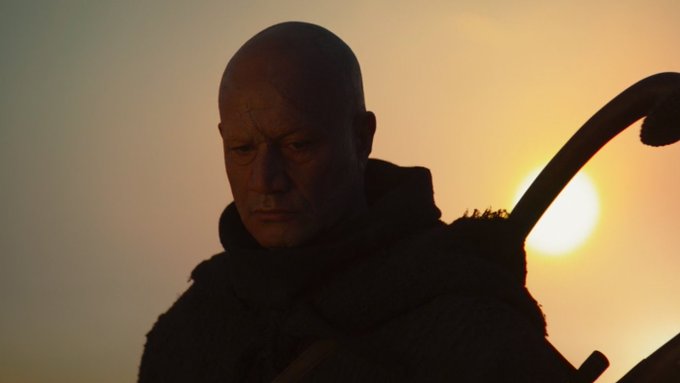 The first episode had two major reveals for Star Wars fans - we get to see the famous bounty hunter Boba Fett's armour, though it was worn by Cobb Vanth (Timothy Olyphant). And towards the end, we actually get to see the man himself alive. Or so we think. If you thought episode 2 would clear the air on the identity of this man, you are dead wrong! For he stays completely clear off Chapter 10. What a bummer! 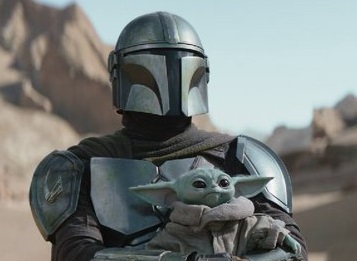 While returning from  Mos Pelgo, Mando and Baby Yoda are ambushed by a gang. While Mando defeats most of them, one of the gang members put Baby Yoda on knife threat. He only spares the young critter's life after Mando gives him his jet pack. The scene where baby Yoda runs towards his foster father is bound to leave SW fans in smiles, while the jetpack returning to its master after killing its temporary new owner is typical Mandalorian badassery. The Mandalorian Season 2: Pedro Pascal Opens Up on How He Re-Lived His Childhood With Disney+ Hotstar Show.

Baby Yoda is obsessed with their cargo, Frog Lady's eggs, and he sneaks to the can to snack off on a couple of them. That too a couple of times! If it was not for The Mandalorian's timely intervention, he could have easily finished them off. We don't know whether to laugh or be irked about it, for the eggs are the only hope of the Frog Lady to continue her lineage, but Baby Yoda doesn't seem to care!

Fight With The Spiders

After being chased by a couple of TIE fighters into crash-landing in a snowy planet into a ravine, Mando wants to leave the place asap, but his plane need repairs. To his utter frustration, the Frog Lady goes on to have an ice bath in a cave, while that egg-loving critter goes to snack on one of the eggs lying in the cave. Only for the rest of the eggs to hatch, revealing spider-like creatures, which are joined by a monstrous spider. The spiders chase after them, with Mando trying his best to shoot them down, even entering his plane. If it were not for those TIE pilots who return to save Mando's ass, they would have been dead meat!

The final scene of the episode is big proof that Baby Yoda is one selfish brat! During the fight with the spiders, the Frog Lady saves Baby Yoda from getting eaten by the arachnids (for the lack of a better term). Instead of being grateful to her, we see the little green tyke sneakily eat another of her eggs! Seriously, why is he cute again? The Mandalorian is streaming in India on Disney+ Hotstar Premium.

(The above story first appeared on LatestLY on Nov 06, 2020 06:34 PM IST. For more news and updates on politics, world, sports, entertainment and lifestyle, log on to our website latestly.com).