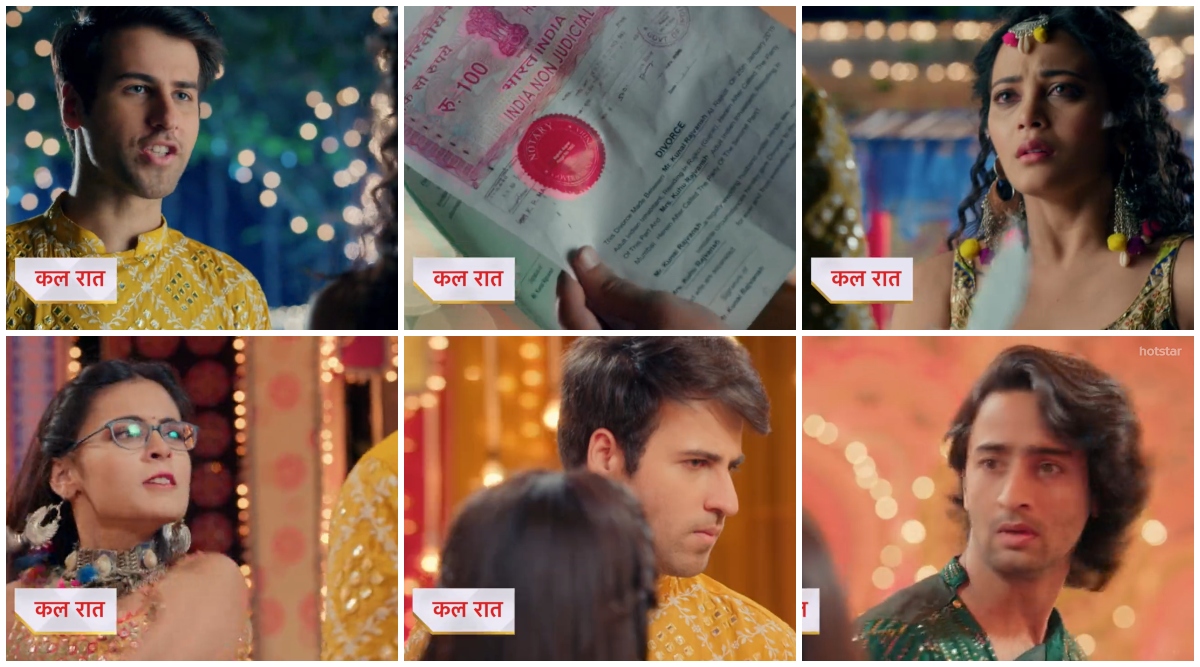 The drama quotient in Star Plus' Yeh Rishtey Hain Pyaar Ke, will soon hit the roof when in the upcoming episodes of the show, Kunal (Ritvik Arora) will hand over divorce papers to Kuhu (Kaveri Priyam) during the Navratri festivities. Just when the viewers were assuming that Kunal was softening towards Kuhu (with the whole time-out situation and also where he agrees with her critique), Abir's (Shaheer Sheikh) revelation that Mehul has fixed his and Mishti's (Rhea Sharma) alliance, rubs him and the entire Ranvansh family the wrong way. Yeh Rishtey Hain Pyaar Ke September 23, 2019 Preview: Vishwambar and Rajshri Accept Abir and Mishti's Alliance, Abir's Father Calls Him?

This also solidifies Kunal's decision to cut ties with Kuhu. Kunal arranges for his lawyer to prepare the divorce papers and hands it to Kuhu right outside the family's dandiya party. He goes on to tell Kuhu that there is no reason to pretend that their marriage is fine and tells her that now he will see how Mishti gets married to Abir.

In the upcoming episodes Mishti will obviously find out about Kunal's move from a dejected and broken Kuhu and without thinking it through, Mishti will place a tight slap on Kunal at the dandiya pandal, which will shock the entire Rajvansh family, including Abir. Well, looks like Abir will finally have a choice to make- either be forced to side with Mishti's fight for Kuhu's justice or side with his brother Kunal.