In a bizarre incident, an alleged murderer joined a private Facebook group of parents in the US and shared kids' items to spot pregnant mothers and kidnap them, media reports said. 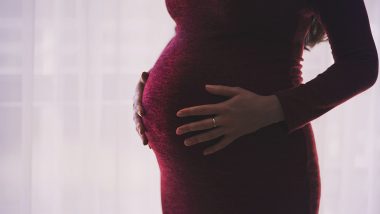 San Francisco, January 24 : In a bizarre incident, an alleged murderer joined a private Facebook group of parents in the US and shared kids' items to spot pregnant mothers and kidnap them, media reports said. According to an FBI search warrant, accessed by Forbes, Lucy Barrow joined the Facebook group meant for children's items between its 6,500 members. WhatsApp Update: Meta-Owned Messaging Platform Rolls Out Native Beta App for macOS.

According to the FBI, Barrow's real name was Amber Waterman, an alleged murderer, who had joined the group to find "pregnant women she could kidnap, kill and, possibly, steal their unborn children". She ultimately found her victim, a 33-year-old mother-to-be Ashley Bush, most likely through the Facebook group, according to the FBI.

"Waterman has been accused of kidnapping Bush, shooting her, removing the child from her womb and presenting the deceased infant to emergency responders, before burning and hiding the victim's body near her home. Waterman pleaded not guilty in December and awaits trial in June," the report said. Meta Allows Users To Bundle Instagram, Facebook and Messenger Account Settings.

In December last year, the FBI asked Facebook to provide posts from within the group, as well as names and addresses of the person who created the forum.

The government also asked for "all activity logs" for the group, "and all other documents showing the group's posts and other Facebook activities from October 24 2022 to November 3 2022."

According to the report that was published on Monday, some mothers in the FB group said neither the FBI nor Meta (formerly Facebook) informed them that their data was used for a murder investigation via a warrant.

A group moderator was quoted as saying that the warrant infringed on its members' privacy. She said it was Facebook's "responsibility to notify us that there's something like that going on so we can protect our information".

A Meta spokesperson said that while the company couldn't comment on ongoing investigations, "We provide notifications in a manner that protects user privacy and public safety".

However, the profile of Waterman who used the Lucy Barrow account to stalk pregnant women "remained online until Friday when Forbes made Meta aware". "I have a bunch of baby items if any moms-to-be need them," her latest post read.

(The above story first appeared on LatestLY on Jan 24, 2023 07:42 PM IST. For more news and updates on politics, world, sports, entertainment and lifestyle, log on to our website latestly.com).