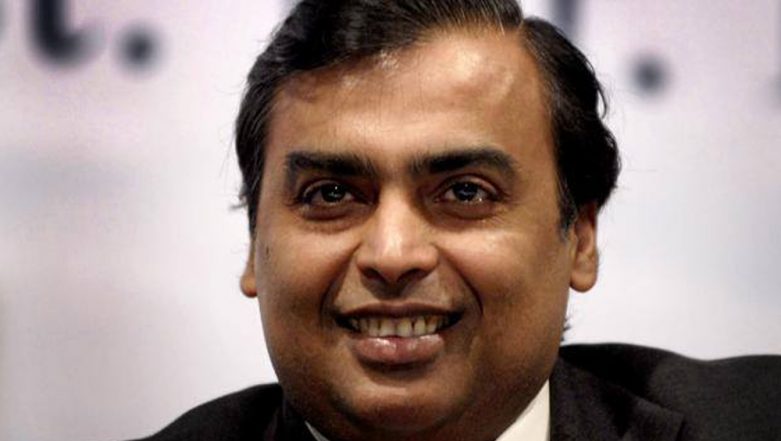 Mumbai, May 9: In a bid to become a dominant player in the global toy retail industry, Mukesh Ambani-led Reliance Industries Limited (RIL) on Thursday announced it has acquired iconic British toy retailer Hamleys from Chinese fashion wear firm C Banner International for an undisclosed sum. Of late, the toy company has struggled financially due to uncertainties owing to Brexit and economic slowdown in the UK.

Reliance Brands, a subsidiary of Reliance Industries, has signed a definitive agreement with Hong Kong-listed firm C Banner International, to acquire 100 per cent shares of Hamleys, the company said in a statement.

The deal will give the Indian acquirer complete control of Hamleys retail operations spread over 167 stores across 18 countries. Reliance, which already has the master franchise for Hamleys in India, will also get to own 88 stores across 29 cities that is currently operates.

The company is named after William Hamley, who founded a toy shop called 'Noah's Ark' in London, in 1760. Ownership of the shop passed through the family and by 1837 when Hamley's grandsons operated the store, it had become famous. People belonging to the royalty and nobility were among its customers.

"We have built a very significant and profitable business in toy retailing under the Hamleys brand in India. This worldwide acquisition places Reliance in the frontline of global retail," said Darshan Mehta, President and CEO of Reliance Brands.

"Over the last few years, we have built a very significant and profitable business in toy retailing under the Hamleys brand in India.

The purchase of the global toy-making major would be a major boost for Reliance Retail's global ambitions and its annual growth target of 30 per cent for a decade.

Reliance Retail will help grow Hamley's business with its supply chain management and distribution network. For the January-March quarter in 2019, Reliance Retail reported a 77.07 per cent increase in its pre-tax profit to Rs 1,923 crore.

For the fiscal 2018-19, Reliance Retail reported a revenue of Rs 1.30 lakh crore -- an 88.68 per cent growth which is the highest by any retailer in the country. The company is now working on creating the world's largest online-to-offline new e-commerce platform.