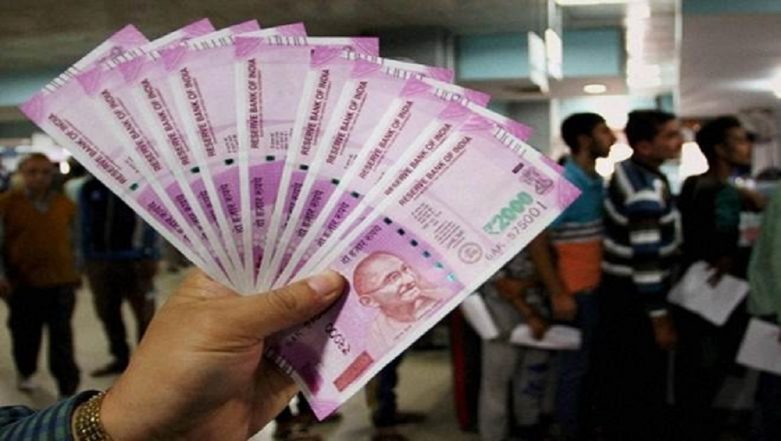 Mumbai, December 27: With an eye on the 2019 parliament and state assembly elections, Maharashtra announced a New Year bonanza on Tuesday: It would implement the 7th Pay Commission's recommendations for all government employees.

A cabinet meeting, presided over by Chief Minister Devendra Fadnavis, cleared the decision to hike the salaries and related allowances, which would benefit around 1.70 million (17 lakh) employees and entail an additional burden of Rs 21,000 crore on the exchequer. 7th Pay Commission Latest News: Maharashtra Govt Employees to Receive Benefits From January 1, 2019.

The much-delayed decision, to be implemented from January 1, 2019, will take retrospective effect from January 1, 2016 (36 months) and all employees will get salaries as per the revised pay-scales from their February 1 pay packets.

The three-year arrears, totalling to around Rs 10,000 crore, due to the employees will be ploughed into their provident fund accounts in five instalments.

The employees shall also be entitled to outstandings of dearness allowance (DA) for the past 14 months, said an official.

The state government had earmarked a sum of Rs 10,000 crore in the state budget for 2018-2019 to revise the pay-scales of the employees. It may be recalled that various unions of state government employees had gone on a 3-day strike in August to press for the implementation of the 7th Pay Commission recommendations and other demands.