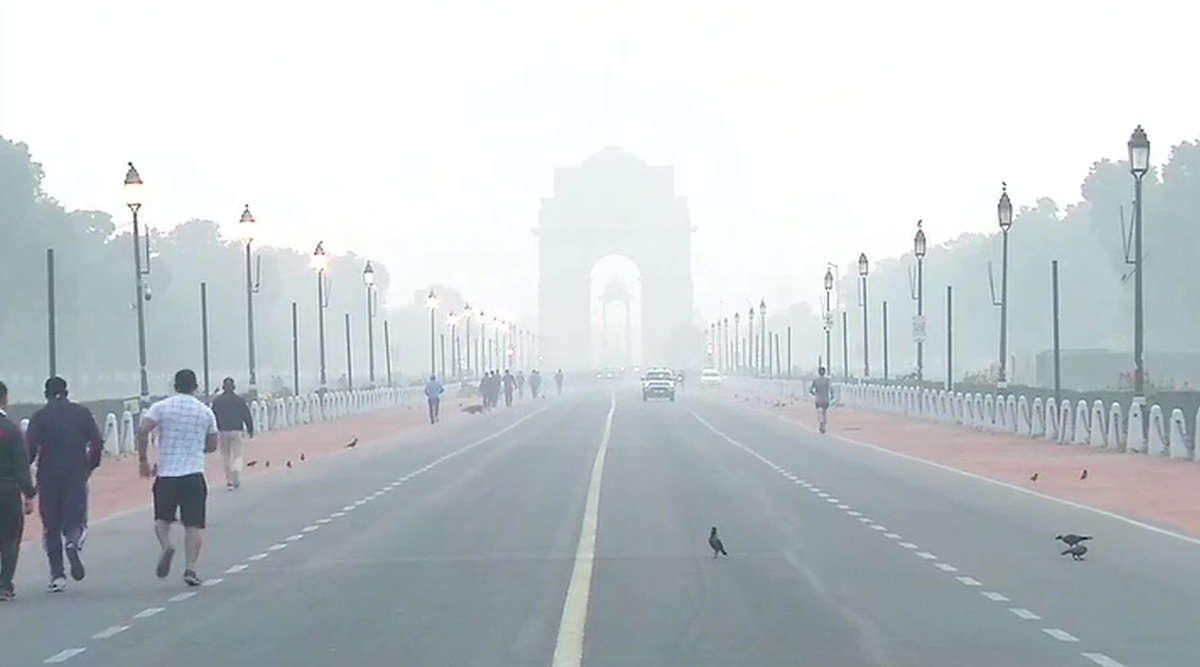 New Delhi, December 13: The air quality has marginally improved after heavy rains and hailstorm hit Delhi and National Capital Region or NCR on Thursday evening. According to the Central Pollution Control Board (CPCB), the air quality was at a 'very poor' category in Anand Vihar, Punjabi Bagh, Lodhi Road, and India Gate circle areas.

The overall AQI in Delhi was at 157, thus falling in the bracket of 'Unhealthy' category at 8 am on Friday. The air quality in Gurugram improved to 132. Ghaziabad, on the other hand, continues to remain toxic with an AQI of 424 at the Hazardous category. Delhi Rains: Heavy Rainfall, Hailstorm Hit Delhi-NCR, Add to Winter Chill; Flights Operations Affected.

Due to the heavy rains, flight operations in the national capital were affected. On Thursday, the air quality remained in the 'severe' category with an AQI above 426. Weathermen had cited calm winds and changing weather conditions as reasons for the ‘severe’ air quality in the region. A thick layer of smog further worsened the problem and decreased the visibility around several areas in Delhi.