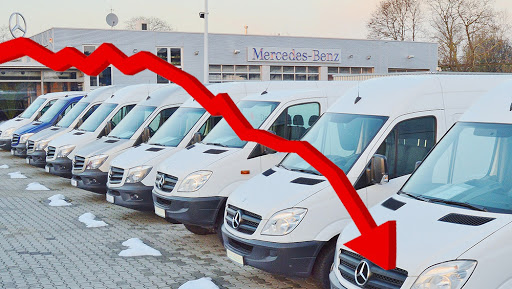 Mumbai, September 9: Amid the economic slowdown in the country, on Monday a new report arrived that ailing automobile sector suffered its worst decline since 1997-98. Society of Indian Automobile Manufacturers (SIAM) stated that the overall passenger vehicle sales dropped by a significant 31.57 percent last month with 1,96,524 units sold as compared to 2,87,198 units in August 2018. Maruti Suzuki Announces Two-Day Operational Halt at Gurugram, Manesar Plants Amid Auto Sector Gloom in India

Among the significant concerns that are raising the eyebrows of market experts is a decline in the sale of passenger cars. The segment suffered a massive decline by 41.09 percent, selling 1,15,957 units as compared to 1,96,847 units in August 2018. Also, the condition of two-wheeler sales is a matter of concern, as it dipped 22.2 percent at 15.1 lakh units against August 2018. Economic Crisis Hits Automobile Sector: Tata Motors & Honda Lose Sales By Over 50% in August 2019; Here Are All The Details