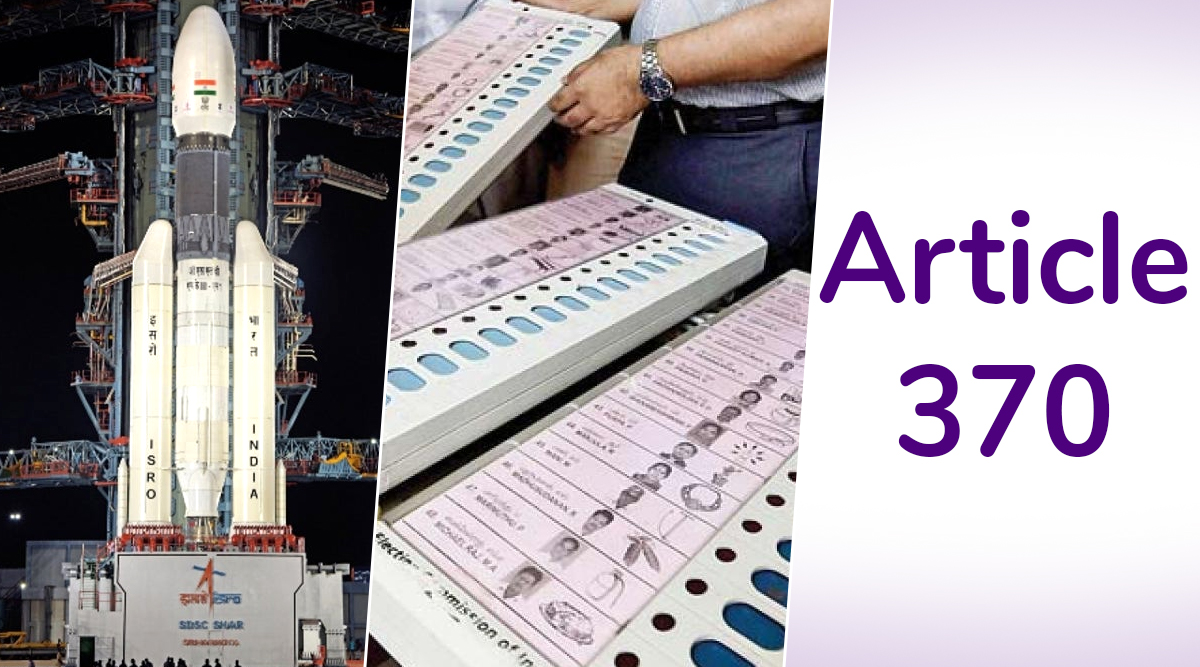 New Delhi, December 11: Search engine giant Google has released a list of news topics that were searched the most in the year 2019. According to Google, Lok Sabha election results, Article 370 and Chandrayaan 2 were among the most searched news topics in 2019. The results of Lok Sabha elections were declared on May 23. The ambitious Chandrayaan 2 mission was launched on July 22. The abrogation of certain provisions of Article 370 that granted special status to Jammu and Kashmir was announced on August 5.

Besides above mentioned three topics, PM Kisan Yojna and results of assembly elections in Maharashtra and Haryana were also among most searched news topic on Google in 2019. Under the Pradhan Mantri Kisan Samman Nidhi (PM-Kisan) Yojana, the central government provides income support of Rs 6,000 per year to all farmer families in the country, paid in instalments of Rs 2,000 every four months. The results of Maharashtra and Haryana assembly elections results were declared on October 23. Kabir Singh, Avengers: Endgame, Joker Top The Most-Searched Movies in Google Year in Search 2019 India List.

Here Are The Top Google Searches in News Category: