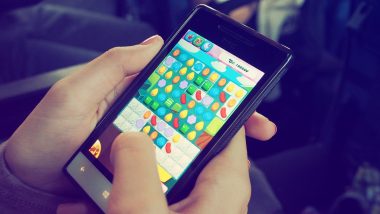 Kanker, June 29: A 12-year-old boy secretly used his mother's mobile phone to purchase "weapons" worth lakhs for online battle game. The incident, which took place in Kanker district of Chhattisgarh, came to light when the mother lodged a complaint of cyber fraud of Rs 3.2 lakh. She was reportedly unaware that her son had made online purchases using her phone because no OTP was asked for debits. PUBG Addiction Is Not Connected With Death of Telangana Boy; Doctor Confirms Serious Illness As Real Reason for His Unfortunate Demise.

The mother, who is a school teacher, found on June 25 that Rs 3.2 lakh was missing from her bank account. Suspecting that she was duped by online fraudsters, she filed a complaint the same day. Acting on the complaint, police initiated a probe and found that the suspicious transactions had been made from her mobile phone between March 8 and June 10. PUBG Mobile Game Ban: This Indian State Reportedly Banned Online Battle Royale Game By Tagging It 'Harmful' & 'Negative'.

The police suspected that her son might be involved in this and told her to speak to him, according to TOI report. Asked by the mother, the son admitted that he had used her mobile phone without her knowledge and made financial transactions to buy "additional features and weapon upgrades" for online battle game.

According to the police, the boy made 278 transactions from his mother's phone over a period of nearly three months. He also said that two other children were in his group who play the online game. It is suspected that those two children had also purchased "weapons" worth lakhs.

(The above story first appeared on LatestLY on Jun 29, 2021 11:46 AM IST. For more news and updates on politics, world, sports, entertainment and lifestyle, log on to our website latestly.com).