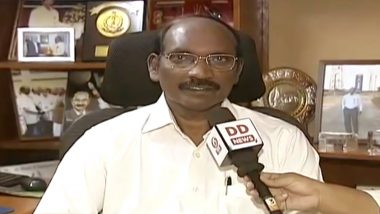 Sivan, also the Chairman of ISRO told IANS: "NSIL will acquire three communication satellites- GSAT 20, GSAT 22 and GSAT 24- made by ISRO. The company will be the owner and operator of the satellites."  ISRO Spy Case: CBI Registers FIR Against 18 People, Including Two Former Kerala Police Officers

Queried about transferring ISRO's other satellites to NSIL, Sivan said: "We are thinking about asset transfer on lease basis. Plans are there."

According to Sivan, the GSAT 24 satellite will be launched by Ariane rocket belonging to European space agency Arianespace.

"The GSAT 24 will be ready for launch by this November/December or next January. The other two satellites GSAT 20 and GSAT 22 are under production," Sivan added.

The GSAT 20 to be launched by Indian rocket Geosynchronous Satellite Launch Vehicle Mark III (GSLV Mk III) will be fully propelled by electric power. The satellite will move from the geostationary transfer orbit to geosynchronous orbit with electric propulsion.

The NSIL has issued the Request for Proposal manufacture of PSLV rocket to short listed companies.

(The above story first appeared on LatestLY on Jul 02, 2021 02:52 PM IST. For more news and updates on politics, world, sports, entertainment and lifestyle, log on to our website latestly.com).