Since his signing to 808 Mafia, Barrios has created a lane entirely of his own by landing mega placements with rap superstars like Future, Lil Uzi, and Wiz Khalifa and cultivating a highly engaged community of aspiring producers. 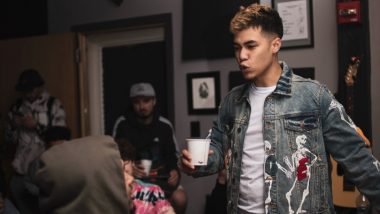 Xavier Barrios known as Project X has put the entire state and all of New England on his shoulders with the success he has earned in the music business throughout the last few years. Growing up in Manchester, New Hampshire, roughly an hour away from the more well-known city of Boston, Massachusetts Barrios’s environment was filled with external influences that would try to force him away from his dreamed path. His small hometown has little to no creative outlets and no existing artists have reached consistent mainstream success until now.

Around the time he started making beats, producers like Southside, Sonny Digital, Metro Boomin and many of the other 808 Mafia producers were pushing a new southern trap-inspired sound that no one had heard of yet. Inspired by witnessing the history 808 Mafia was creating, Barrios focused on learning to replicate what these legendary producers were making as a starting point. Eventually, he created his unique production sound, which ultimately got him signed to 808 Mafia in 2019 when Barrios was only 19 years old.

Barrios’s journey before discovering music began at one of the lowest points of his life when he faced negative legalities that resulted in him being placed in a juvenile group home. So when a concerned friend gifted him a brand new pair of Air Jordan’s to try and boost his spirits, little did he know it would be the start of a new future. Barrios decided to return the shoes and used the cash to purchase a license for FL Studio, a production software needed to make beats. That was a pivotal moment as he could start creating the music he had been passionately studying.

Reaching such milestones so early in his career says a lot about not only his ability to produce but speaks to the respect his peers, and industry veterans have for him. Earlier in his career, he developed relationships with Grammy award-winning producers such as Southside, Marshmello, Young Kio, and Cash Money AP. In addition, he’s worked closely on tracks for artists such as Future, Wiz Khalifa, MadeinTokyo and Ty Dolla $ign, to name a few.

One of his most notable placements of the year has been none other than “Gucci Bucket Hat”  by Future and Pap Chanel. The record has already gone on to accumulate millions of streams since its release. Future was one of the primary reasons Barrios ever got into making music. Something about the way Future articulated his sound when he first listened drew him in instantly. This placement would be one of the most full-circle moments of his career thus far.

Since his signing to 808 Mafia, Barrios has created a lane entirely of his own by landing mega placements with rap superstars like Future, Lil Uzi, and Wiz Khalifa and cultivating a highly engaged community of aspiring producers.

Barrios makes it a high priority to take what he’s learned and share it with his peers. He hosts VIP sessions throughout the country where aspiring producers can learn directly from him. It’s a highly hands-on experience that really can’t be taught through YouTube tutorials or posts on social media. It is an intimate chance to learn from Barrios directly and gain specific skill sets that only established producers have acquired.

During the sessions, aspiring producers could play their beats and receive instant critiques. Not only is the feedback valuable, but he offers an even more hands-on approach where producers get the chance to collaborate with him in a more private setting. It’s impressive what Barrios has overcome and what he’s been able to accomplish.

Everything about Barrios, from his unique introduction to the game to his original spin on today’s sound, allows him to stand out above the rest. Risk, consistency, and sacrifice have always been key attributes to his blueprint, which he has written entirely on his own.