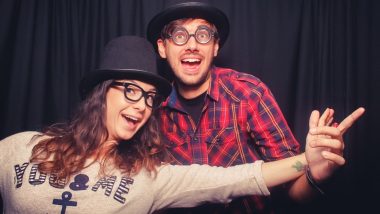 Geek Pride Day is observed annually on May 25 to promote geek culture. The observance originated in Spain and is today known across countries. The internet and social media helped in creating awareness about the day and its significance over the years. Geek Pride Day celebrates nerdom with meet-ups and parties. Ahead of Geek Pride, parades are held to commemorate the importance of the day. On Geek Pride Day, people dress as their favourite science fiction characters and go to parties and events. In the recent past, the term 'geek chic' has become quite popular and people unapologetically dress up as who they want to be.

According to some reports, the date was reportedly chosen to coincide with the first Star Wars film, Episode IV: A New Hope, which was released on May 25, 1977. Between 1998 to 2000, Tim McEachern organised unconnected events called Geek Pride Festival and/or Geek Pride Day at a bar in Albany, New York. In 2001, Dick Morley, a "father" of the PLC, organised Geek Pride Days at The Barn, his retreat in New Hampshire. In 2006, the Spanish blogger Germán Martínez known online as señor Buebo organised the first celebration. Around 300 geeks demonstrated their pride together with a human Pac-Man.

Geeks often feel left out from their peers because of their unique skills and interests. People also invite their geek friends at home and celebrate the day together. Many watch Star Wars or play a game of Dungeons and Dragons. Some also trade limited edition of their collectables and share their most loved characters as a child. Geek Pride Day is also an ideal time for some fun and quirky activities. We wish everyone celebrating the day a Geek Pride Day!

(The above story first appeared on LatestLY on May 25, 2020 08:00 AM IST. For more news and updates on politics, world, sports, entertainment and lifestyle, log on to our website latestly.com).