Happy Birthday, Lorde! From 'Royals' to 'Green Light', Here Are The Most Loved Songs By The Singer 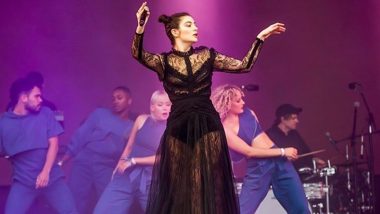 Happy Birthday, Lorde! Also known as Ella Marija Lani Yelich-O'Connor off stage, this Kiwi singer is everyone's favourite. With her deep meaning songs having a touch of the gothic world, Lorde has made a special place in the hearts of millennials and post-millennials. Born and brought up in New Zealand singer, songwriter and record producer is known for her unconventional musical styles and thoughtful songs. Lorde is beyond talented for her age and some of her songs are really loved by most people. On her birthday, let's take a look at some of Lorde's famous songs:

You cannot begin the list without the really popular song Royals. The songs speak about taking pride in the humble origins of your life. It also describes how  you do not need to be rich and famous to be happy. Lorde has always plugged in her origin and upbringing in most of her songs and in this one she stresses on how fancy, rich lifestyle is unnecessarily glorified.  Watch Video:

The song Green Light became her major opening up song after her first bad heartbreak. She spoke about her second album in many interviews where she said that it talks about the heartbreak of a drunk girl at the party who is crying about her ex-boyfriend and dancing around while people think of her as a mess. The song captures the immediate after a breakup and the life changes. Watch Video:

Another melodious song that revolves around embracing solitude around a really fun house party. Lorde also pays tribute to David Bowie and Prince in the song. The two passed away in 2016. She remembers them with the lyrics, "All of our heroes fading/ Now I can't stand to be alone." Watch Video:

Another song in which Lorde talks about her origins and upbringing. She expresses the feelings of teenagers, acne, boyfriends and the whole life of people in their teens. She again talks about life and love portrayed in the shiny world are very different from reality. Watch Video:

(The above story first appeared on LatestLY on Nov 07, 2019 10:15 AM IST. For more news and updates on politics, world, sports, entertainment and lifestyle, log on to our website latestly.com).