Princess Beatrice and Edoardo Mapelli Mozzi’s Wedding Live Telecast Not Available! Ahead of the Royal Wedding, British TV Networks Announce They Will Not Broadcast the Couple’s ‘I Dos’ 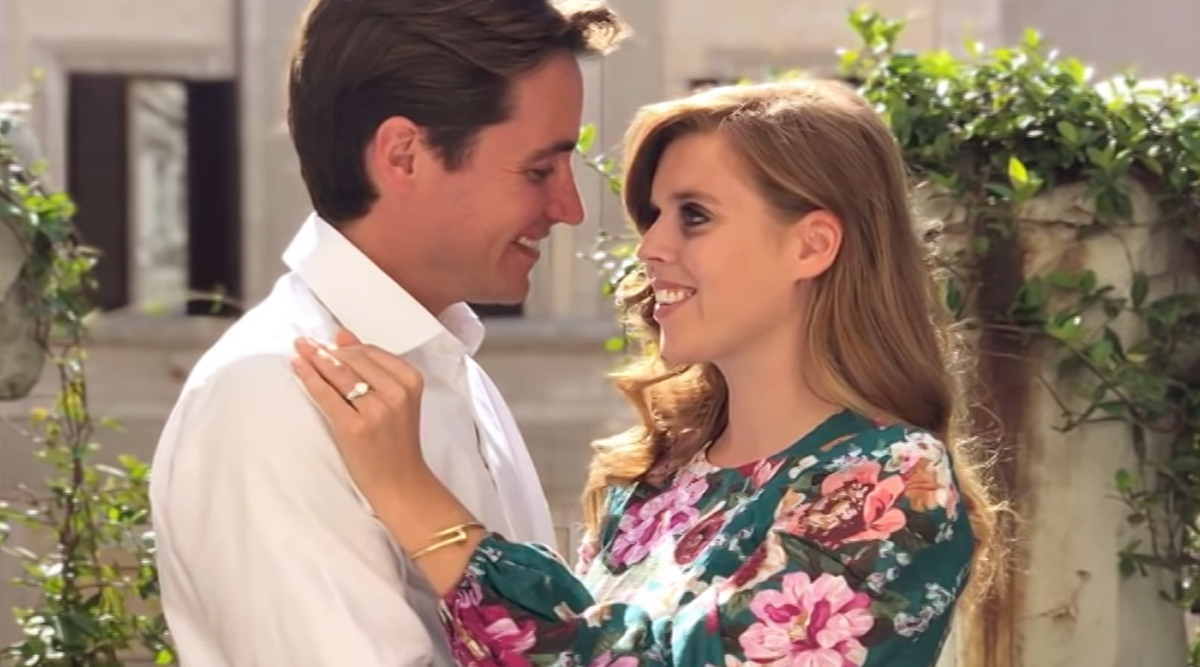 Royal weddings are a big deal for fans across the world. We were blessed to witness Kate Middleton and Prince William’s back in 2011, Meghan Markle and Prince Harry’s in 2018 and Princess Eugenie and Jack Brooksbank, just a few months earlier. All thanks to the British broadcasting TV networks who delicately have covered the royal events. Now we have Princess Beatrice and Edoardo Mapelli Mozzi in line, next to exchange their wedding vows. But Princess Beatrice’s wedding will be completely different or rather less extravagant than her younger sister’s royal nuptials at Windsor Castle last year. Not only that, ahead of the royal wedding, British TV networks have confirmed that they will not broadcast the couple’s ‘I dos’ like the previous royal weddings. A piece of sad news for royal fans, Princess Beatrice and Mozzi’s wedding live telecast, will not be available. Princess Beatrice of York Is Engaged to Edoardo Mapelli Mozzi! From Age to Net Worth, Here Are 5 Things to Know About the Bride-to-Be.

Princess Beatrice of York announced her engagement in September with property tycoon Mozzi. The latest soon-to-be-married couple celebrated their engagement party in London in December, 2019 alongside several friends and family members. Last week BBC, who are first offered rights to royal weddings for free, confirmed that they would not be streaming the wedding live. They did not show Eugenie’s nuptials too. ITV came out as well as reporting not to cover the royal wedding of Princess Beatrice and Mozzi. In 2018, the live telecast of Eugenie’s big day raked three million viewers. UK Princess Beatrice Takes Uber From Los Angeles Airport, Twitterati Impressed!

Both the UK’s two leading broadcasters, BBC and ITV, achieved a combined viewing average of 11 million people for Meghan Markle and Prince Harry’s wedding in 2018. Above all, Princess Beatrice’s wedding date and location are yet to be confirmed. Honestly, these factors indicate that Beatrice’s wedding will not be as fancy as Princess Eugenie, after all the wedding finances are not paid for by public funds, unlike Eugenie and Markle’s. The nuptial ceremony will be more private. But royal fans should not be disheartened, as glimpses from the wedding are expected. Let us keep our fingers crossed!