What is Difference Between Cannabis, Weed, Marijuana and Hemp? Know More About These Cannabis Plant Products and Where Are They Legal For Use?

Cannabis, weed, marijuana, hemp, Ganja, are all the names of recreational and medicinal drugs. Are all of them the same thing, why does one thing have so many different names? Are some of these questions that always come in your mind? In this article, we tell you more details on the same. 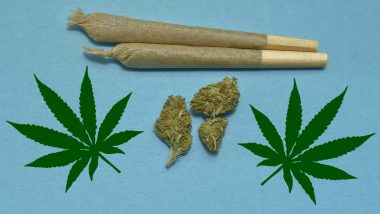 Cannabis, weed, marijuana, hemp, Ganja, are all the names of recreational and medicinal drugs. Are all of them the same thing, why does one thing have so many different names? Are some of these questions that always come in your mind? Well, as much as they refer to one plant, there are minute differences to each with regards to their components and uses. Legalisation of marijuana is an issue that people in India too are campaigning for. But what exactly are these terms and what do they mean. What is the difference between cannabis and weed, or what is the difference between marijuana and hemp? If you have been confused about these terms of drugs, let us help you out. What Is CBD Oil? Is Cannabidiol Legal in India? Everything You Want To Know About The Type of Cannabinoid, Naturally Found in Marijuana Plants.

Cannabis is a psychoactive drug made from Cannabis plant. This plant is a genus of flowering plants from the scientific family of Cannabaceae. It is found in three major species - Cannabis sativa, Cannabis indica and Cannabis reuderalis.

Marijuana is another name for Cannabis. Marijuana is Cannabis that contains more than 0.3% of THC. This can cause psychotropic and euphoric effects on a user. Marijuana is obtained from the flowers of Cannabis plant. It is also in the seeds, leaves and stem of the plant. When sold it is a mixture of dried out leaves, stems, flowers and seeds of cannabis. Health Benefits of Medical Marijuana: From Anxiety to Seizures, 5 Problems Cannabis Can Help You Fight.

If you search for weed as an independent term, you will get articles linking to Marijuana and Cannabis. So weed is nothing but a different name for Marijuana. Another names for weed are pot, dope or grass. It is also called as Ganja in some places.

There is a misconception that hemp and marijuana are different species of plants. But they belong to the same Cannabaceae family. Now the difference between hemp and marijuana is based on tetrahydrocannabinol (THC) content. This THC is one if the cannabinoids, which is associated with getting a "high" from these drugs. Hemp is a variety of Cannabis that contains 0.3% or less of THC. So it won't get you high.

Hemp is the natural fibre which is known to have over 50,000 different uses. Hemp in used in industries of making textiles, paper, building material and even in body care products.

The main difference thus comes between Cannabis, Hemp and Marijuana. The former is the main source plant. Hemp and Marijuana form broader classification, based on the THC content. Weed or pot is a nomenclature that comes from pop culture and refers to smoking marijuana.

Legalisation of Marijuana in Countries Around The World

Since, all the products that we consider above are made of cannabis plant, legal usage deals with use of cannabis, depending on the medicinal or recreational use. Cannabis is illegal in many places but because of its proven medicinal usage, it is legalised in United States. It is legalised for medical use but remains illegal under the federal law. Cannabis in Canada is legal for both recreational and medicinal purposes. Other countries that have legalised recreational cannabis are Georgia, South Africa, Uruguay, Australian capital territory.

Medicinal use of cannabis is legal in many more countries like Argentina, Australia, Bermuda, Brazil, Canada, Colombia, Croatia, Czech Republic, Denmark, Ecuador, Finland, Germany, Greece, Ireland, Israel, Italy, Jamaica, Lebanon, the Netherlands, New Zealand, Sri Lanka, Switzerland, Thailand, the United Kingdom, Uruguay, Vanuatu, Zambia, and Zimbabwe. There are other countries as well which has legalised the medicinal use. In India, it is banned for both but there are campaigns to make it legal for medicinal purposes.

(The above story first appeared on LatestLY on Sep 27, 2020 03:20 PM IST. For more news and updates on politics, world, sports, entertainment and lifestyle, log on to our website latestly.com).