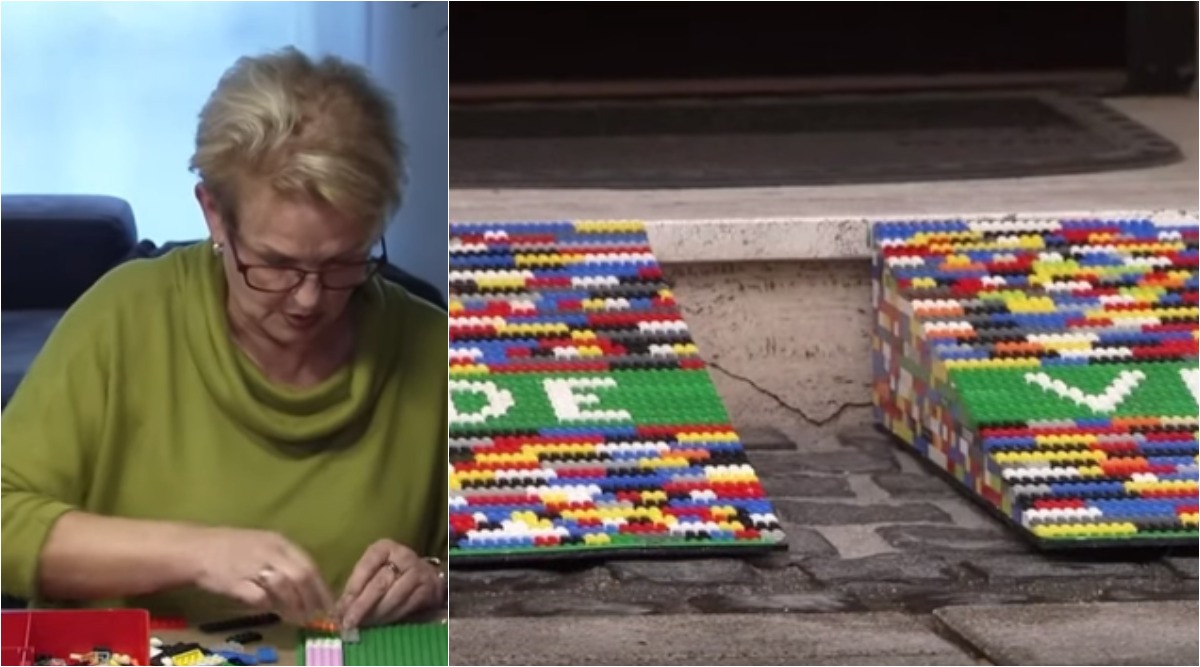 Rita Ebel has earned herself the name 'Lego Grandma' for making wheelchairs out of Lego. She has been in a wheelchair since a car accident 25 years ago. The idea of making wheelchair ramps occurred to her after a friend of hers, who is also in a wheelchair could not get out of a shop with steps. She had to carry out of the shop by four people. Rita then partnered with a local organisation and now makes Lego ramps for other wheelchair users. Turtle on Wheels! Box Turtle Gets Legos Wheelchair After Losing Hind Legs (Watch Video)

She took inspiration for the wheelchair ramp after seeing a picture in a medical journal for paraplegics. In it, a woman in an electric wheelchair was seen going over a Lego ramp. She got in touch with the town's integration initiative, 'People in Hanau' and with their help made 12 sets of the ramp and more and being built. FRIENDS Lego Set: Build Your Own ‘Central Perk’ As Toy Company Launches Figurines of Rachel, Ross, Chandler, Monica, Joey, Phoebe and Gunther!

Ebel was quoted as saying, "For me, it is just about trying to sensitise the world a little bit to barrier-free travel. Anyone could suddenly end up in a situation that puts them in a wheelchair as it did me." Hair salon manager Malika El Harti was quoted as saying, "Everyone that walks past is happy about the ramps. Finally, it is something where you can see from afar that you can get in here without any problems. It's great, it just makes everyone who sees the Lego ramps happy. It's a brilliant idea."

Along with the help of her husband, Ebel spends two to three hours every day in building the made-to-order ramps. It contains several hundred small plastic bricks stuck together with glue. She adds, "Nobody just walks past a Lego ramp without taking a look. Whether it’s children who try to get the bricks out or adults who take out their mobile phones to take pictures."