Twitter users from across the world, reported glitch and that the social media platform stopped responding. After a few minutes of trouble, it began to work again and Twitter is now surfaced with hilarious memes and jokes, along with #TwitterDown.Check Hilarious Memes & Jokes:

The internet is in love with New Zealand speaker Trevor Mallard, who is captured feeding MP Tamati Coffey's baby, as he presided over a debate in the House of Representatives. With a beautiful caption, Mallard posted pictures of himself on the chair with the baby and people online are loving it.View Pic:

Normally the Speaker’s chair is only used by Presiding Officers but today a VIP took the chair with me. Congratulations @tamaticoffey and Tim on the newest member of your family. pic.twitter.com/47ViKHsKkA— Trevor Mallard (@SpeakerTrevor) August 21, 2019

The memes for Sacred Games 2 are only getting better. The popular dialogues from this season comes from Bunty played by Jatin Sarna who during one of the scenes in the show has a phone conversation with Nawaz's Gaitonde. He says, "Yaha Parle-G khaana pad raha hai kaali chai mein dubokar" (We've been reduced to eating Parle-G with black tea)." This dialogue has become a popular meme among netizens who are relating their end of the month financial woes to this situation. And now Parle-G and Swiggy too joined it to make the memes even more funnier. Read the full story here.Parle-G's Respond to Netflix

Parle-G is proud to be part of every artist’s initial struggle. #SacredBiscuit for every genius. #SacredGames pic.twitter.com/1ljkWQWFkv— Parle-G (@officialparleg) August 20, 2019

Twitter is Down for Some Users
The social media site, Twitter is currently not responding to some users. Even after refreshing or opening on a new window, the site shows, "something went wrong." The users are advised to try again later.Here's a Screenshot: 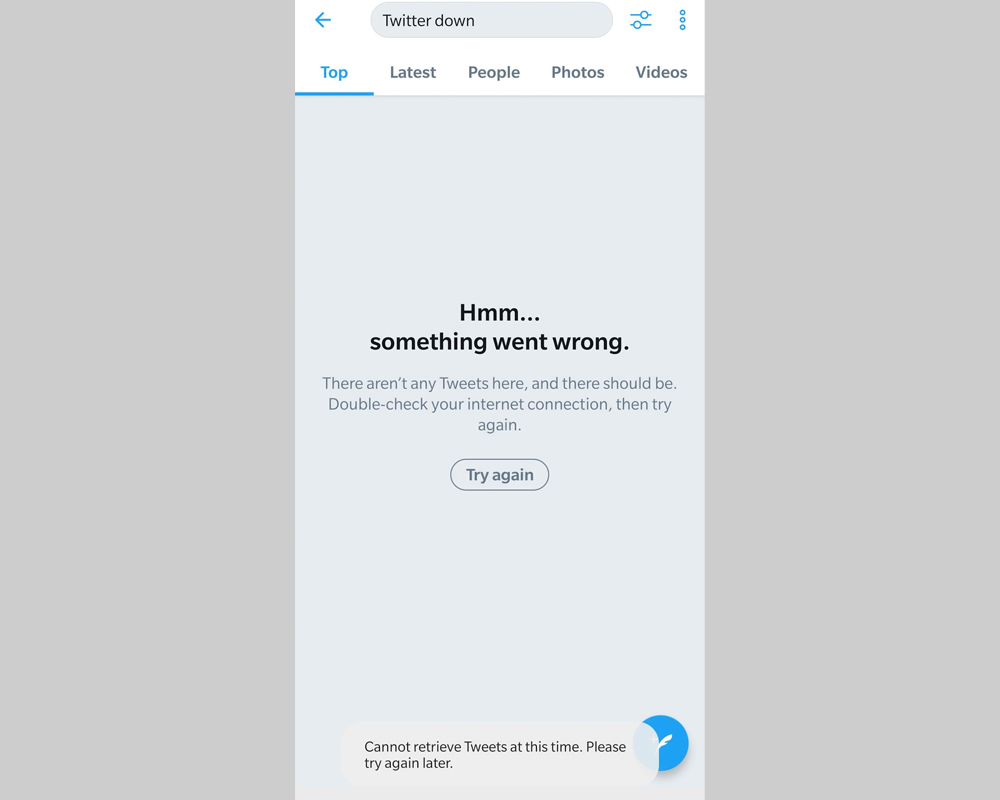 A video is surfacing on social media shows a hilarious but clever trick adopted by police officers, reminding they are watching the citizens, always. Well you will have to watch the full clip to admit it. While it did not impress the social media users, a section of them did lauded the move.Watch the Viral Video:

Man cops are really getting sneaky these days from r/funny

A video of a man from Kanpur, hilariously shows his love for Gutka. As the popular beats of Michael Jackson's song Dangerous begins at the background, the man can be seen rubbing the tobacco in a total desi style. And the viral clip is too funny to miss out.Watch the Viral Video:

A funny video of a man pouring some oil on the floor and sliding on it like one would on a treadmill is going viral. A woman shared the video with a caption that read: "Low cost treadmill invented in Gujarat! The gujju brain knows how to save money!"Watch video:

A casual fishing session became a revelation into the mysteries of marine creatures when the angler found a fish with two mouths! Read the entire story here.Check Tweet:

A movie night in Denver, Colorado went berserk after the air mattresses blew away with a strong wind. The funny sight was caught on video and soon after it came online, it went viral. The video has crossed over 2 million views on Twitter. Watch the Viral Video Here:

MOVIE NIGHT FAIL: A movie night under the stars took a turn in Denver, Colorado on Saturday. Air mattresses laid out for ticket holders blew away in a strong wind. According to Robb Manes, who shot the video, the blow-up beds were on the loose for about 30 minutes. 😂 pic.twitter.com/MpQKa7yob6— Nate Larsen (@NateLarsenKBOI) August 20, 2019

The smoke from Amazon forest fires formed a cloud of darkness in the city of Sau Palo. People took to Twitter to share the images of a dark day due to the smoke from the wildfire. The pictures are now going viral.Check pics of Sao Paulo Turning Dark During the Day:

This is the sky of the biggest city in the country of Brazil, São Paulo at 2-3 P.M.

The smoke of the burning Amazon Rainforest has covered it entirely.

OUR PLANET IS DETERIORATING BEFORE OUR EYES AS A RESULT OF CLIMATE CHANGE!

🌎Just a little alert to the world: the sky randomly turned dark today in São Paulo, and meteorologists believe it’s smoke from the fires burning *thousands* of kilometers away, in Rondônia or Paraguay. Imagine how much has to be burning to create that much smoke(!). SOS🌎 pic.twitter.com/P1DrCzQO6x— Shannon Sims (@shannongsims) August 20, 2019

The happy morning of Twitterati has begun with motivational quotes and messages flooding in on the social media platform. Following the tradition, Tweeple begins their day with #WednesdayThoughts, #WednesdayWisdom and #WednesdayMotivation, being the top trending hashtags this morning. With this, many more viral moments are expected to surface on all the social media sites. Through this blog, we promise you to keep you updated with all the trending topics, viral videos and funny memes of the day that the netizens are sharing today on August 20, 2019.

Twitterati is still not entirely over with the viral moments shared yesterday. ISRO’s achievement with Chandrayaan 2 nearing the Moon has led India to be in their celebratory mood. Wishes have poured in on Twitter with people congratulating and applauding ISRO. Again, popular YouTuber Felix Arvid Ulf Kjellberg, aka PewDiePie got married to her long-term love Marzia Bisognin and the wedding pictures was a treat to the fans. Amidst his battle with T-Series, PewDiePie’s wedding pics are breaking the internet, paving the way to Twitter viral moments.

With another new day, we are hoping more such viral moments to appear on social media sites to beat the mid-week blues. Stay tuned with the blog to know the trending topics and funny memes that are captivating the netizens.