What Is Cancel Culture? From JK Rowling to Shane Dawson, Celeb Offenders Are Getting Cancelled? Is It Good of Bad, Here’s What YouTuber PewDiePie Has to Say!

Over the past few years, we have seen the rise of ‘cancel culture’ and the idea of cancelling someone has become a polarising topic of debate. What is cancel culture? Is it good or bad? In this article, we try and summarise every little detail that you must know about this millennial way of expressing their outrage to celebrity ‘offenders.’ 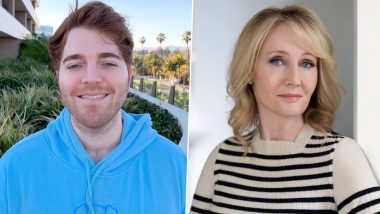 Over the past few years, we have seen the rise of ‘cancel culture’ and the idea of cancelling someone has become a polarising topic of debate. A celebrity or influencer or any other public figure does or says something offensive from their fan bases' point of view, there's an instant call to cancel the person that is to effectively end their career, whether through boycotts of their work or the usage of increasing hashtags to defame the person. Most recently, we have seen Harry Potter fans being highly disappointed over author JK Rowling’s transphobic tweets. And then, there has been a situation in the beauty community that was up in the flames again post Tati Westbrook’s apology to James Charles claiming how she was fed with ‘poisonous lies’ by Shane Dawson and Jeffree Star. Shane who has already been facing the heat over his past videos, which saw him saying objectionable things related to racism, kids and so on. These controversies have stirred the cancel culture, once again. So, what is cancel culture? Is it good or bad? In this article, we try and summarise every little detail that you must know about this millennial way of expressing their outrage to celebrity ‘offenders.’

What is Cancel Culture?

To put it in a simple way, cancel culture refers to the popular practice of withdrawing support for the public figures and companies that have done or said something considered offensive or objectionable. The term is generally discussed as being performed on social media in the form of group shaming. So, when a person is ‘cancelled,’ they are no longer supported publicly.

Last month, Harry Potter fans across the world were highly disappointed over the transphobic tweets by JK Rowling. The author has made several statements in the past that suggest a growing alliance with TERFism—trans, exclusionary radical feminism or the belief that trans women are not women. Many Potterheads had previously voiced their concerns that Rowling might be anti-trans, but her apparent TERFism was not widely discussed until December 2019, when the author tweeted in support of British TERF, at the centre of a highly publicised court case. Again last month’s series of tweets by Rowling seemed like the final straw for her fans. The Harry Potter fandom was officially seen cutting ties with the author, online.

Shane Dawson, one of the OG and most popular YouTube personalities lost over a million subscribers recently. Reason? The landslide loss built up traction when Tati Westbrook publically apologised to beauty vlogger James Charles, revealing how Dawson along with Star had ‘fed her poisonous lies.’ Meanwhile, old videos of Dawson in blackface, paedophilia jokes and other problematic behaviour began to resurface on social media. Claiming that he was inspired by YouTuber Jenna Marbles, recent apology over her past offensive videos, the 31-year-old also released his own 20-minute sit-down video titled, ‘Taking Accountability.’

Cancel Culture: Is it Good or Bad?

Cancel culture has seen a rise over the past few years among fans as a tool to display their displeasure over a public figure’s action that is offensive or objectionable. If the culture is good or bad, that can be an endless debate. YouTuber PewDiePie recently uploaded a video titled, ‘Is Cancel Culture Good or Bad?’ where he reveals his opinion on the growing ‘hatred’ culture online.

Even though, the latest examples are largely independent of one another; they contain the seeds of what cancel culture is—a trend of communal calls to boycott a celebrity on a public platform, whose offensive behaviour is perceived as ‘going too far.’

(The above story first appeared on LatestLY on Jul 07, 2020 03:06 PM IST. For more news and updates on politics, world, sports, entertainment and lifestyle, log on to our website latestly.com).