Ben Stokes Takes a Leaf Out of Stuart Broad’s Book at Training Amid COVID-19 Pandemic, Shares Video on Social Media 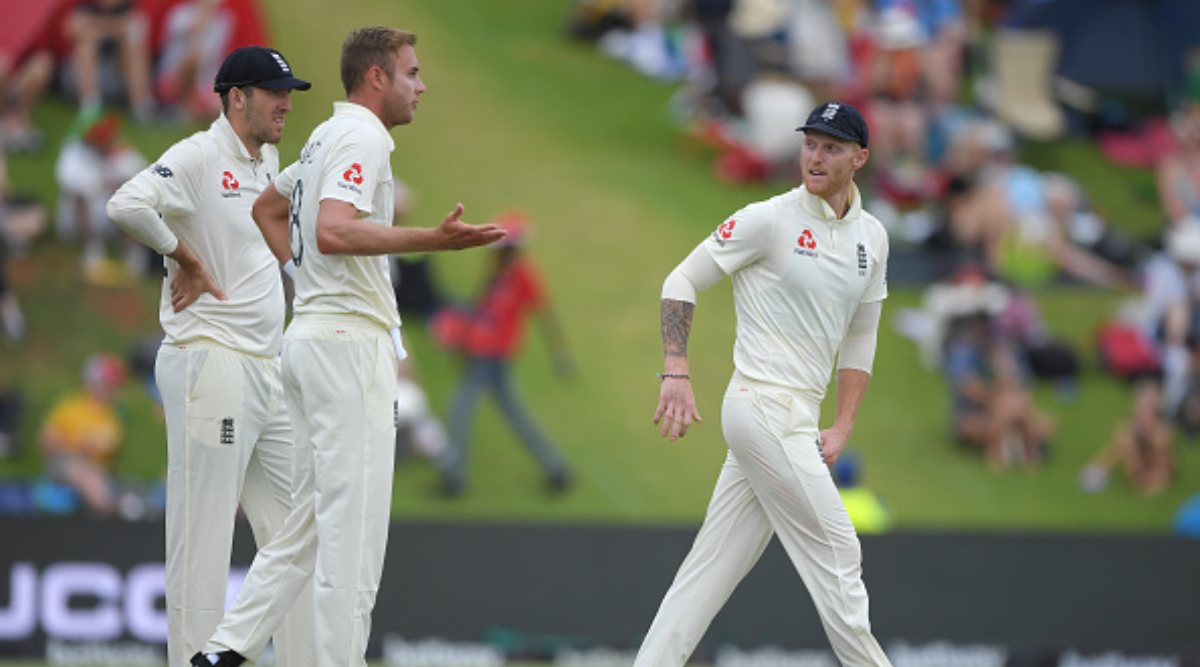 London, May 23: With the English and Wales Cricket Board starting individual training for its cricketers, especially the bowlers, all-rounder Ben Stokes posted a video on social media of making a return to the pitch after the likes of Stuart Broad and Chris Woakes. Taking to Instagram, Stokes posted a video from training and wrote: "Great to be back out on grass bowling today...solid 5 over spell taking a leaf out of @stuartbroad8 book with getting used to bowling with a sweat band on.. @chriswoakes not quite got the Alice band in me yet."

Woakes was seen going through his drills at Edgbaston on Thursday and he said that it was almost like going back to what normal felt like before the coronavirus pandemic brought the world to a standstill. "It was nice to have some form of normality by going back to some training. It was nice to be back and feel a little sore this morning," he said as reported by Sky Sports. Ben Stokes, Jos Buttler Receive Royal Honours At Buckingham Palace.

Great to be back out on grass bowling today...solid 5 over spell 👍👍 taking a leaf out of @stuartbroad8 book with getting used to bowling with a sweat band on.. @chriswoakes not quite got the Alice band in me yet

"It looks a lot different to what we're used to but, with what's everyone's been through, it was quite nice to be out there and get the ball back in hand. It's been two months since I last bowled and it was nice to be back in the middle, albeit a little different.

"Obviously not having bowled for two months, there's a few things that are sore. The sides definitely woke up this morning knowing I'd had a bowl yesterday but it was just nice to be back out there."

Earlier, Stokes also posted a video where he is seen throwing a ball against the wall of his house and training. Interestingly, he also had an advice for all the married cricketers out there. Taking to Twitter, Stokes posted the video and wrote: "Throw throw throw your ball gently against your house...if ya smash a window don't forget to run away from your wife and get used to eating and sleeping outside."