African Players Are Not Getting Recognition They Deserve in Ballon d’Or Vote, Says Samuel Eto’o 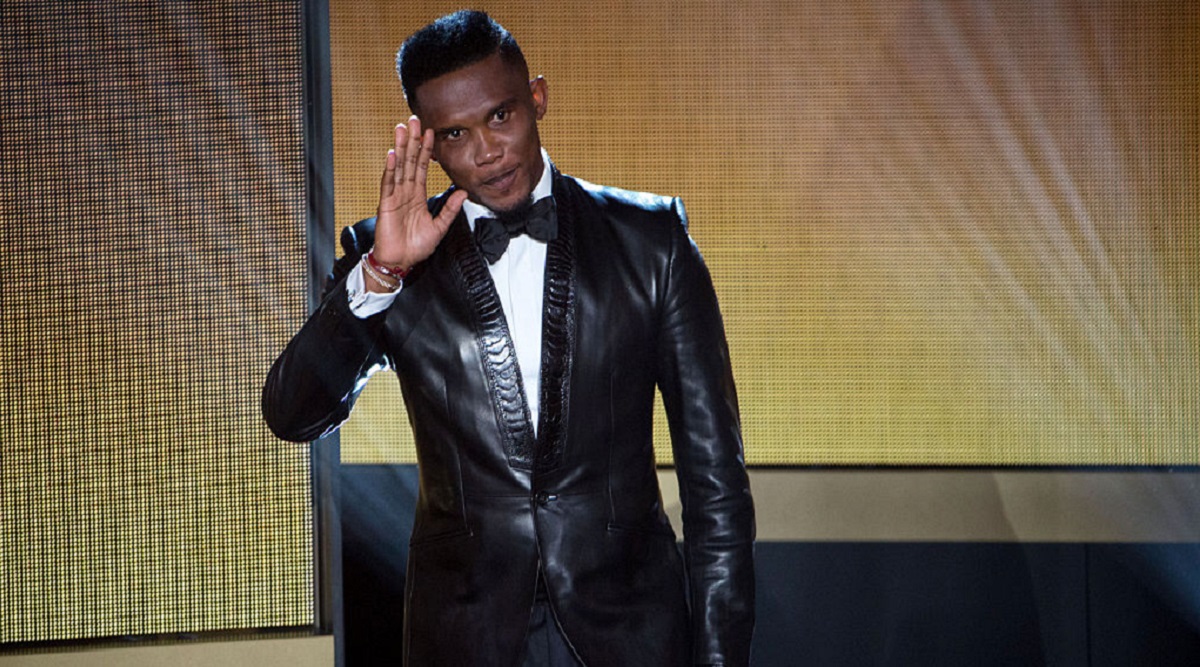 Paris, November 7: African players still do not get the recognition they deserve, Cameroon legend Samuel Eto'o told AFP in an exclusive interview, as he hopes that this will finally be the year another player from the continent wins the Ballon d'Or. George Weah, the former Paris Saint-Germain and AC Milan striker who is now the president of Liberia, won the Ballon d'Or in 1995 but remains the only African player ever to have claimed the award. "Western media dominate our media in Africa, so they definitely have an influence. People prefer to see a Lionel Messi goal," Eto'o, 38, told AFP during a visit to Paris last month.

The former Barcelona star, once a teammate of Messi, believes that "African players are not respected" and are "not always properly appreciated". He recently hung up his boots after a glorious career in which he won the UEFA Champions League three times and the Africa Cup of Nations twice. Cristiano Ronaldo Believes He Deserves More Ballon d'Or Than Lionel Messi, Wants to Finish With at Least One More Trophy Than Him!

He never won the prize for the world's best player, although he insists he has no regrets. "No, because I won so many trophies, I made so many dreams and for me that is the equivalent of winning the Ballon d'Or. However, I do feel for my younger brothers who came along after my generation."

There are five African players on the 30-man shortlist for this year's Ballon d'Or, with the winner to be announced at a ceremony in Paris on December 2. The 180 journalists who will vote for the successor to Luka Modric as winner have until this Friday to do so. Among the nominees are Senegal's Sadio Mane and Egypt's Mohamed Salah, both of whom starred in the Liverpool side that won last season's Champions League.

Both finished just outside the top three in FIFA's The Best awards in September, as Messi pipped Liverpool defender Virgil van Dijk and Cristiano Ronaldo to the prize. Eto'o attended that awards ceremony in Milan and, when stopped on the red carpet and asked who he thought would win, he cited the names of Mane and Salah. A video clip of the brief interview went viral.

"That was an opportunity for Africa to see a Sadio Mane or a Mohamed Salah on the podium, and why not win it. They both had wonderful seasons and it wouldn't have shocked anyone had they won," Eto'o said.

The captains and coaches of all 54 African national teams voted, but by no means all of them gave their votes to Salah or to Mane, who reached the Africa Cup of Nations final with Senegal. "Why is there this hate between us Africans? Why the misplaced jealousy? If we don't appreciate one another, others are not going to do it for us," Eto'o said. "It's a shame. If all Africans voted for other Africans, we would have had several awards for the best player."

After winning the Cup of Nations with Algeria, Manchester City winger Riyad Mahrez has also been nominated, as has Napoli and Senegal defender Kalidou Koulibaly, and Arsenal and Gabon striker Pierre-Emerick Aubameyang. "Africa needs to show how strong it is. We are lucky to have these good players, who scored more than ten goals in the Champions League -- we had the top three scorers in the English league (Mane, Salah, Aubameyang) but somehow these young guys don't have our support," Eto'o added.

"I want to accompany them as much as I can, defend them, protect them, because one day it will be their turn to pass on the torch. "That is what we Africans have not always understood, at all levels, and that is why we are still trailing behind."

Prior to last year, Ronaldo and Messi had won 10 consecutive Ballon d'Or awards between them. Both are nominated again this year, so would Eto'o be pleased to see Messi, his former Barcelona teammate, win it once more?

"He is the best player of all time. I was lucky enough to see him come through and to have had a good relationship with him. When I give my opinion on Leo even he tells me I am not objective. "Everything Messi does...he is a footballing god. I'd be happy for him to win it again."