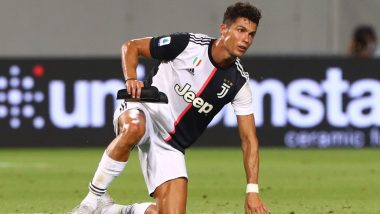 Cristiano Ronaldo escaped a possible red card and send off during Juventus’ Serie A 2019-20 clash against Sassuolo. The Serie A table leaders were held to 3-3 draw despite taking a 2-0 lead inside the opening 12 minutes. Instead, Maurizio Sarri’s men were lucky to escape with a draw with Alex Sandro netting a powerful header to rescue a point and maintain their big lead on the points table. Ronaldo, who is one goal shy of becoming the first player to score at least 50 club goals in England, Spain and Italy, looked a frustrated figure against Sassuolo and failed to find the net or even produce an assist. Cristiano Ronaldo’s Son Filmed Riding Ski Jet Without Proper License While Vacationing in Madeira, Police Launch Probe.

Ronaldo’s six-match scoring streak also drew to an end after he failed to find the net against Sassuolo. The Portuguese superstar has been in great form in Serie A since action resumed on July 20 and had scored in each of his side’s last six leagues games before ending without one on Thursday. Ronaldo failed to produce anything substantial until deep into the second half when he forced a great save from Sassuolo goalkeeper Andrea Consigli with a thunderous shot from outside the box. Watch Sassuolo vs Juventus Goal Highlights. 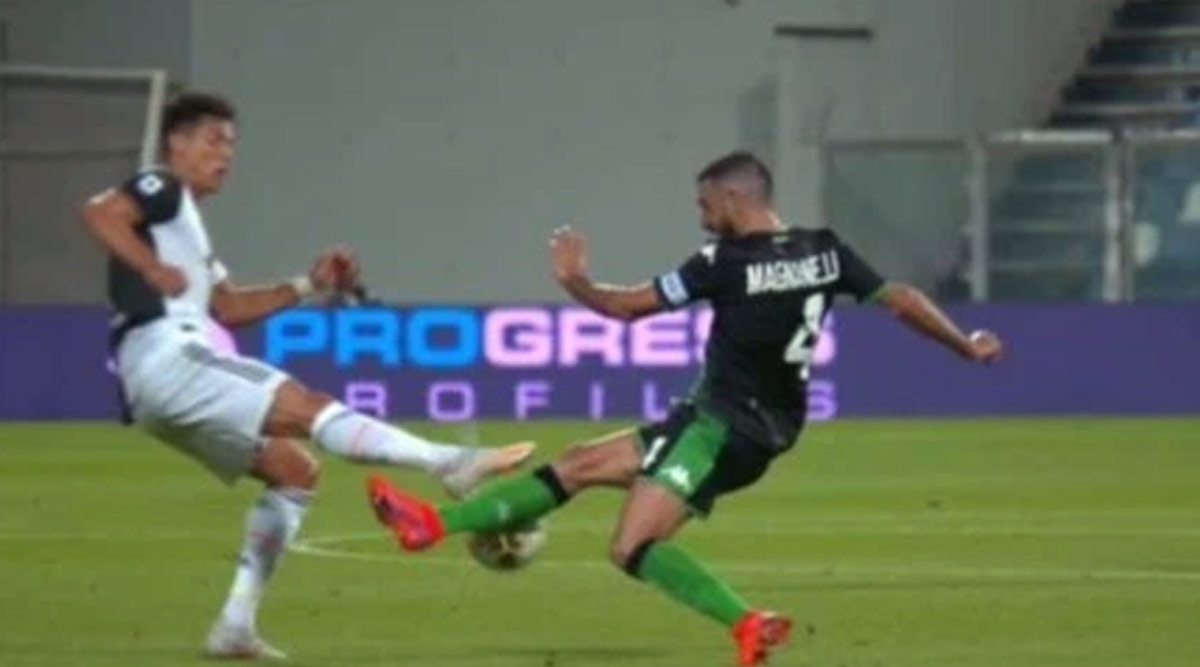 That aside, Ronaldo was a disappointment throughout the match and even earned a booking for a high tackle on Sassuolo midfielder Francesco Magnanelli in the 62nd minute. That could have, however, been a straight red for the Juventus forward given his recklessness and serious tackle. But the referee only flashed a yellow card and let the game move on with Magnanelli not getting any serious injury. It could have otherwise for Ronaldo had Magnanelli injured himself badly. Cristiano Ronaldo Donates Autographed Juventus Shirts to Cuban Medical Staff Ahead of Their Game Against Sassuolo (See Pic).

Meanwhile, Juventus continue to hold a seven-point lead on top of the Serie A 2019-20 points table despite the draw. Atalanta are second followed by Lazio (69) on third. The Serie A leaders have now gone three straight league games without a win and have been pegged back in two of those three matches after taking a 2-0 lead.

(The above story first appeared on LatestLY on Jul 16, 2020 11:32 AM IST. For more news and updates on politics, world, sports, entertainment and lifestyle, log on to our website latestly.com).