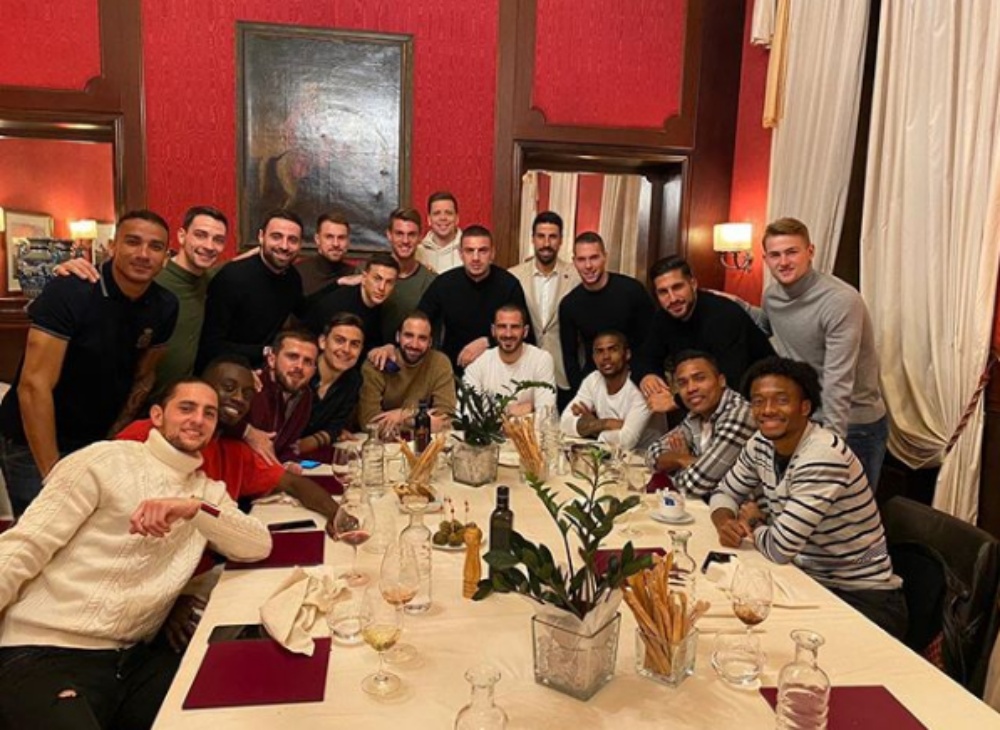 Cristiano Ronaldo and team will be travelling to Roma for the Serie A 2019-20 match. Ahead of the game, the Bianconeri hosted a team bonding session and dinner for the players. CR7 skipped the bonding session. The former Manchester United striker started off the decade with a bang scoring a hat-trick of goals against Cagliari at their backyard and gave out a message that he wasn’t over. Now ahead of the game against Roma, Juventus gathered for dinner and CR7 happened to be the most notable absentee. Cristiano Ronaldo Spotted Wearing an iPod Shuffle Ahead of Juventus’ Serie A 2019–20 Clash With Cagliari.

The picture was shared on the official account of Miralem Pjanic where he was seen posing along with his teammates including Leonardo Bonucci, Sami Khedira and Blaise Matuidi. But CR7 was nowhere to be seen. Talking about team Juventus, they stand on number two of the Serie A 2019-20 points table with 45 points in their kitty. Whereas Inter Milan now stands on number one with only a goal difference. Cristiano Ronaldo Scripts History After His Hat-Trick Against Cagliari.

The last time the two teams locked horns with each other it was Roma who walked away with a win by 2-0. Alessandro Florenzi and Edin Dzeko were the ones who netted a goal during the game. Prior to that, it was Mario Mandzukic’s goal which led the team to win the game by 1-0.