Mateu stated a number of big-name players helped them overcome the pressure which was dumped on the team by the Juve equaliser. It was their experience of playing at the highest level for a long time that guided them through to victory in testing conditions. 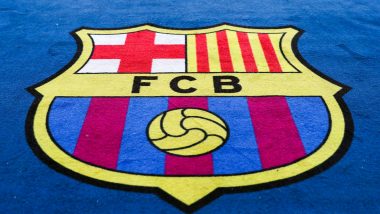 New Delhi, June 4: As Neymar slotted the ball effortlessly underneath Gianluigi Buffon in extra-time in Berlin, Luis Enrique couldn't control his excitement as he ran down the touchline in joy. He had all the reason to do so as he had just guided the Catalan giants to their fifth Champions League title against one of the top European teams Juventus. "For Barcelona supporters it was an extraordinary moment... not only because they had won the title but because of the way they played that season," former Barcelona midfielder Jofra Mateu told IANS.

"The Barcelona brand that we are always creating... it's not always about winning but the way you win is really important. It was a very good season despite all the challenges that we faced." The final started on a sublime note for Barcelona as Ivan Rakitic netted the opener in the fourth minute, following a goal-mouth scamble. But soon after the break, Juventus equalised through Alvaro Morata in the 55th minute. Barcelona Trolled by Fans for Posting a Witty Caption in Zlatan Ibrahimovic Style, Netizens Ask Catalan Giants To Delete the Tweet.

Mateu stated a number of big-name players helped them overcome the pressure which was dumped on the team by the Juve equaliser. It was their experience of playing at the highest level for a long time that guided them through to victory in testing conditions. "At that time Barcelona had a lot of experienced players who had played in lot of international competitions and big games," Mateu, who will feature on Sony Ten Pit Stop, on the channel's official FB page, this Saturday to talk about FC Barcelona's fifth UEFA Champions League winning anniversary, said.

"I remember talking to Xavi whom I am friends with and have played a lot together and he told me a lot of change was brought by Pep Guardiola and they went into matches with a lot of confidence, knowing they are capable of winning games in any circumstance. "When you feel that confidence in your skills and your teammates, you always go for the win. Yes, you can lose matches but the players feel they are always in with a chance," he added.

Lionel Messi, for once, didn't get on the scoresheet in the final as the job was completed by Rakitic, Luis Suarez and Neymar. But according to Mateu, the Argentine's mere presence on the field makes a lot of difference even if he doesn't find the back of the net. "Even if Messi doesn't appear on the scoresheet his importance during the game is huge. Even when Messi is not scoring, he is controlling everything," Mateu, who also played for ATK and FC Goa in the Indian Super League, said.

"When opposition players are focusing on Messi, others players get free space. At the time Barcelona just didn't have Messi but also Neymar, Xavi and Iniesta. Rakitic had a good moment (in the final). "That was also the best season for Suarez in Barcelona colours. Messi creates the difference but apart from him there were other good players in the team as well."

Their fifth Champions League glory also helped then-manager Luis Enrique complete a historic treble, Barcelona's second in their trophy-laden history. Their first was in 2008-09 season when Guardiola led them to glory across all fronts.

"With Guardiola, the biggest change came about with Johan Cryuff. Guardiola uses a lot of learnings from the 'Dream Team' (Barcelona team of 1988). He took a lot of essence from Cryuff era i.e. playing well and achieving titles. "Luis Enrique, meanwhile, took a step further and apart from keeping the ball, he focusses on fast transitions and counter-attacks as well."

(The above story first appeared on LatestLY on Jun 04, 2020 07:48 PM IST. For more news and updates on politics, world, sports, entertainment and lifestyle, log on to our website latestly.com).