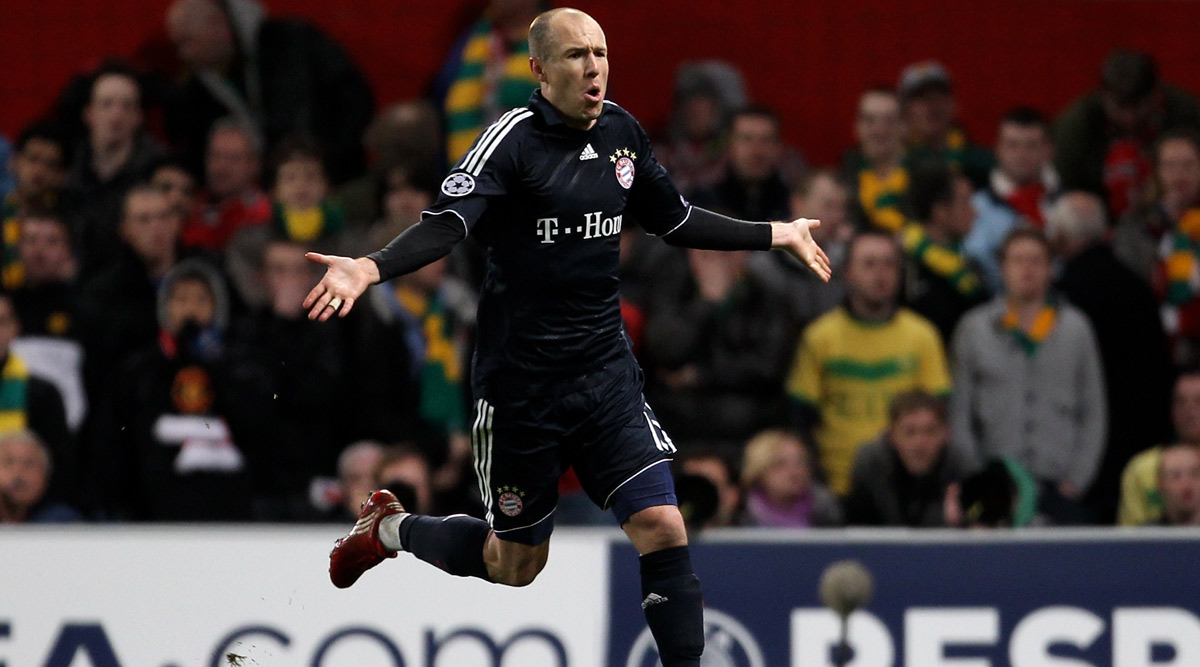 On this day (April 7) in 2010, Arjen Robben broke hearts of several Manchester United fans as his late strike sent the Premier League side crashing out of the UEFA Champions League from the quarter-finals stage. The record champions of England were on their way to secure a third consecutive semifinals appearance but it wasn’t meant to be as Bayern Munich progressed from the tie based on away goals rule. The first leg ended with the German side recording a 2-1 win. Luke Shaw Recalls Intense Training Sessions With Zlatan Ibrahimovic, Says ‘If You’re in His Team and You Lose, You’re Dead.’.

After a crucial away goal in the reverse tie, Alex Ferguson’s side hoped of mounting a comeback with the fans behind them at the ‘Theater of Dreams.’ And they couldn’t have hoped for a better start as Darren Gibson gave Red Devils the lead three minutes into the game. Then Luis Nani seemingly sealed the game for the record English champions as his brace put them 3-0 ahead on the night. Bayern Munich Resume Training Amid Coronavirus Fears but Hugs and Challenges Are Banned.

But the German side were given a glimmer of hope when Ivica Olic pulled one back just before half-time. Bayern came out in the second half with a purpose and pressured Manchester United to the limit. United held firm until the former Chelsea man rifled a magnificent volley from a Franck Ribery’s corner with 16 minutes left to stun the Premier League side.

The match finished 3-2 (4-4 aggregate) on the night but even after this defeat, Bayern Munich went through on the basis on away goals. The German side managed to reach the finals of the tournament but lost to Jose Mourinho’s Inter Milan who completed a historic treble.