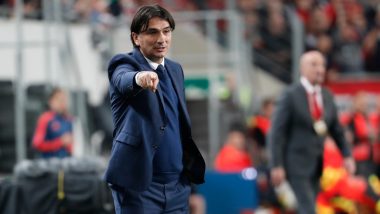 The 53-year-old has been at the helm since October 2017, leading the team to an historic FIFA World Cup final in 2018, reports Xinhua news agency.

"I'm very glad that we agreed to cooperate until the 2022 Qatar tournament," said HNS president Davor Suker, adding that the federation will provide "maximum working conditions" for Dalic and the team.

Dalic also praised the HNS's work and revealed chasing the trophy at the 2022 FIFA World Cup inspired him to make the decision.

"As long as I have lots of motivation, energy and ambition, I will lead the team full of pride," Dalic said on the HNS's official website.

(The above story first appeared on LatestLY on Jul 24, 2020 04:31 PM IST. For more news and updates on politics, world, sports, entertainment and lifestyle, log on to our website latestly.com).