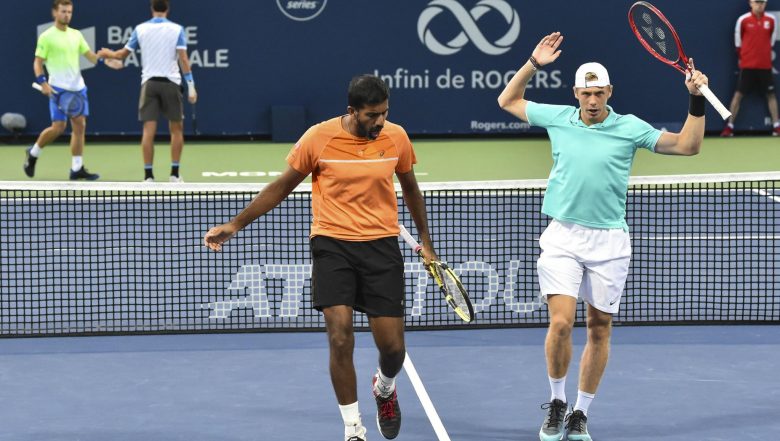 Montreal, August 11: India's Rohan Bopanna and his partner Denis Shapovalov failed to seal their spot in the finals at the ATP Montreal Masters after facing a straight-set defeat to the Dutch duo of Robin Haase and Wesley Koolhof in the men's doubles event. On Saturday, the unseeded duo of Bopanna and Shapovalov lost 7-6 (7-3), 7-6 in the semifinal clash that lasted more than 90 minutes to bow out of the competition. Serena Williams, Rafael Nadal Enter Rogers Cup 2019 Finals.

Haase and Koolhof will now face the Spanish-Argentine pair of Marcel Granollers and Horacio Zeballos in the title clash on Sunday. The Indo-Canadian had received a walkover in their quarterfinal clash against France's Benoit Paire and Swiss Stan Wawrinka.

Bopanna and Shapovalov had earlier knocked out the fourth seed French pair of Nichola Mahut and Edouard Roger-Vasselin before defeating Kyle Edmund and Taylor Fritz in straight sets in the round of 16.