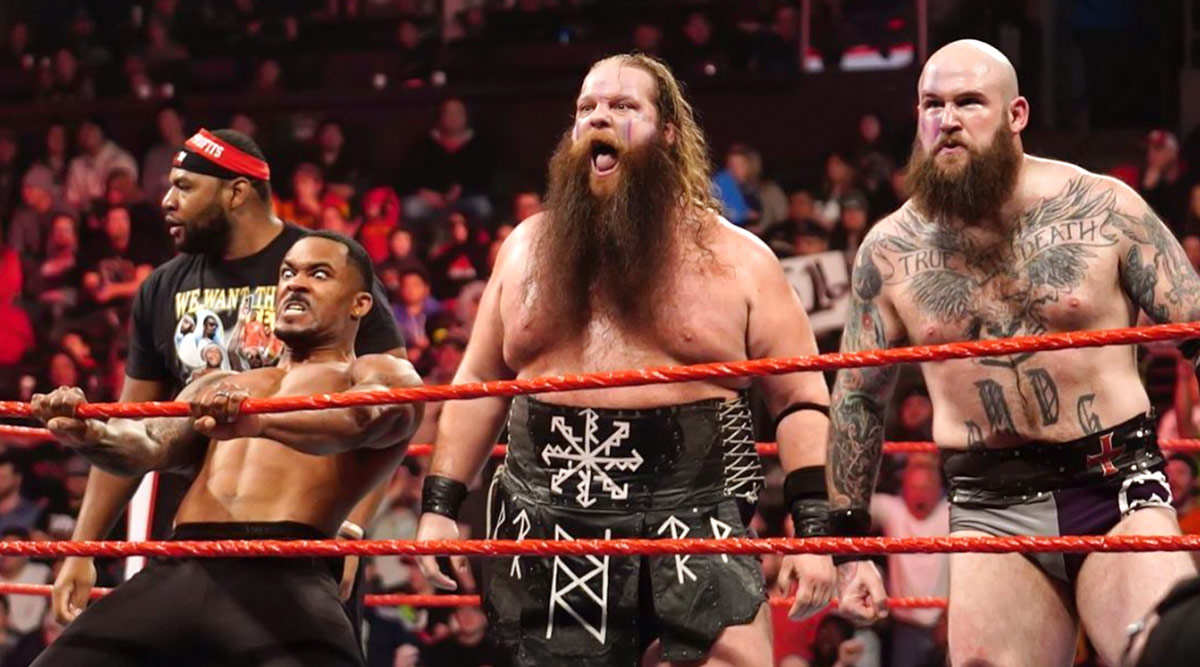 WWE Raw February 17, 2020, took place at the Angel of the Winds Arena, Everett, WA. The Monday Night Raw episode indeed offered fans with some surprises as we saw the team of Angelo Dawkins and Montez Ford, Street Profits come in rescue of The Viking Raiders and Kevin Owens from attack by Seth Rollins, Buddy Murphy and AOP. That's not all, we also witnessed yet again the monstrous side of Randy Orton who destroyed Matt Hardy by brutally assaulting him. Meanwhile, you have arrived at the right platform, if you are looking for results and highlights of WWE Raw February 17, 2020. WWE Raw February 10, 2020 Results and Highlights: Seth Rollins, Buddy Murphy, AOP Defeat Samoa Joe, Kevin Owens, The Viking Raiders; Shayna Baszler Assaults Becky Lynch (View Pics)

The Monday Night Raw episode showed a segment where Seth Rollins laid a sermon. However, his first sermon was crashed by The Viking Raiders and Kevin Owens, where KO humiliated The Architect by giving him a stunner. Later in the show, the six-man tag-team match took place between Buddy Murphy, Akam and Rezar (AOP) and The Viking Raiders, Kevin Owens. The Monday Night Messiah interfered in that match and yet again went on to assault Kevin Owens and his team with aid from his disciples. However, the show did not end on a high note for Rollins as Street Profits came out of nowhere to rescue Kevin Owens and his team members. WWE NXT TakeOver Portland 2020 Results and Highlights: Adam Cole Defeats Tommaso Ciampa to Retain His Title, Charlotte Flair Attacks Rhea Ripley to Set Match at WrestleMania 36 (View Pics)

@randyorton needs to be stopped. #Raw

After being brutally attacked by @RandyOrton on #RAW, @MATTHARDYBRAND received medical attention during the commercial break. pic.twitter.com/VIDBEOYQxv

Ricochet After His Victory Over Karl Anderson

AJ Styles is Back on Raw

One word to describe the ending of @WWERollins' sermon?

At #WrestleMania, @MsCharlotteWWE comes back for her very FIRST throne. #Raw pic.twitter.com/XxXPbjy4UT

This one was hard-hitting.

"Everything ABOUT this is laid out perfectly for ME to be the one who takes your title at @WrestleMania."@QoSBaszler has no doubt she's punching her ticket to face @BeckyLynchWWE at #WrestleMania when she's inside the Elimination Chamber... #Raw pic.twitter.com/8muPJ5SAyj

"This is me payin' my fine up front for what I'm going to do when I cross paths with @QoSBaszler next!" - @BeckyLynchWWE #Raw pic.twitter.com/KLyPbmWlUA

In the recently-concluded episode of Raw, we also witnessed Drew McIntyre win against MVP. We also saw Natalya getting defeated by Kairi Sane through count-out. We still have one more episode of Raw to come before we head to much-awaited WWE Super ShowDown event where Brock Lesnar will defend his World title against Ricochet. Stay tuned with LatestLY for more news and updates from WWE.