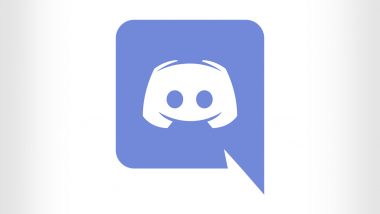 Discord announced that servers designated as NSFW are now blocked on the Discord iOS app, regardless of users’ age. The latest guidelines prevent iPhone and iPad users from joining and accessing NSFW servers on these devices. However, it will still be possible for Discord users to access NSFW servers on its desktop version and Android. The platform’s change in policy echoes Tumblr’s NSFW crackdown in 2018. Many adult content creators noted that Discord’s updated guideline is part of a larger trend of major social media platforms banning NSFW content, most notably Tumblr.

“Our Community Guidelines require that all adult content posted to Discord be kept behind an NSFW gate,” reads Discord’s announcement in part. “Servers must be classified as NSFW if the community is organized around NSFW themes or if the majority of the server's content is 18+. Discord will mark servers meeting these criteria as NSFW if they are not appropriately designated,” it adds, as noted by several media outlets. Many social media users are unimpressed with the move and expressed their disagreement on Twitter.

In short, Discord is being made to ban iOS users from accessing NSFW servers or channels. I don’t know whether or not the ones you’re already in is going to be effected or you can still post art. pic.twitter.com/X3MnZAhOVg

@Apple why are you trying to force apps into following your weird puritanical rules about NSFW content, why is @discord being made to ban NSFW server access to iOS users? Stop trying to babysit us that are adults. Force parents to be accountable and stop punishing everyone else. pic.twitter.com/OfNBQbMfAa

Well looks like I’m switching to android. Good job apple, blocking nsfw discord servers. That is where the most wholesome community lives.

(The above story first appeared on LatestLY on Apr 15, 2021 10:20 AM IST. For more news and updates on politics, world, sports, entertainment and lifestyle, log on to our website latestly.com).