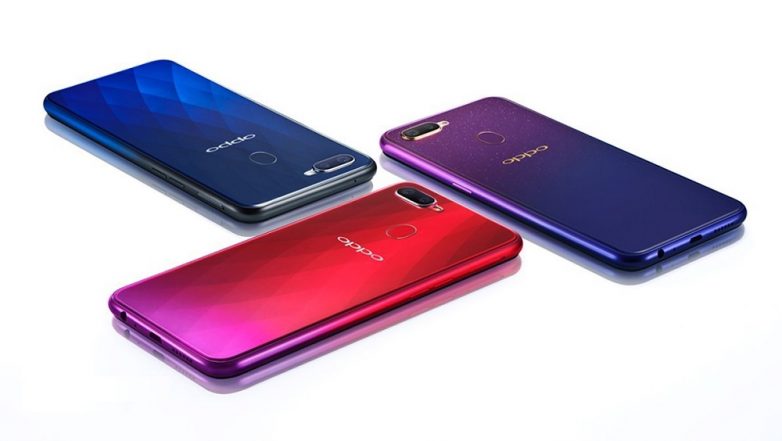 Oppo Mobile India is all set to launch the new F9 Pro smartphone in India on August 21 as the company has already started sending out the invites for the event. The Chinese smartphone maker has been teasing the upcoming smartphone on its social media accounts for quite some time now.  Previously, several rumours emerged in the market that the company will be launching only F9 Pro in India, and it is now confirmed that only one device will be launched by the smartphone maker. Presently, not much details are known about the smartphones, however, more details will be revealed when the phone is launched in China on August 15. Amazon Freedom Sale Deals: Get Exchange Discount of Up to Rs 19,000 on Samsung Galaxy Note 8, Vivo NEX, Huawei P20 Pro & More.

Touted as selfie-centric smartphone, the new F9 Pro will be introduced under the F-series with a better front camera. Another underline of the device will be its ‘waterdrop’ notch featuring a front camera in it along with earpiece and sensors. The smartphone will be introduced in the country as a successor of Oppo F7, which was introduced earlier this year in April. Samsung Galaxy Note 9 Global Launch Today; Expected Price, Features, Specifications, Colours & More

The new Oppo F9 Pro will feature a 6.3-inch LCD Full HD+ display with 1080 x 2280 resolution and screen to body ratio of 90.8 per cent. Under the hood, the smartphone will come powered by MediaTek Helio P60 octa-core processor coupled with ARM Mali-G72 MP3 GPU. The smartphone is expected to be offered in 2 variants – 4GB RAM + 64GB ROM & 6GB RAM + 128GB of ROM. For optics, the smartphone is expected to carry a horizontally mounted rear dual camera module comprising of 16MP primary sensor and 2MP secondary sensor. At the front, a 25MP shooter with f/2.0 aperture is incorporated for selfie and video calling. Samsung Galaxy Note 9 Pre-order Page Accidentally Goes Live; Taken Down Later On. 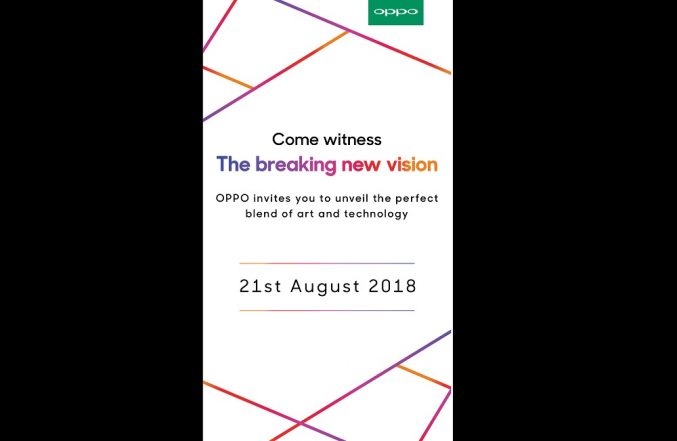 Moreover, the device will be made available in 3 colour options - Sunrise Red, Starry Purple and Twilight Blue. The connectivity options will include WiFi, Bluetooth, GPS with A-GPS, GLONASS, 4G VoLTE and much more. Likely to be priced under Rs 30,000, the device will be backed with a 3500 mAh battery with VOOC fast charging that is claimed to charge 62 per cent in just 30 minutes of charge.