Oppo, the Chinese smartphone maker has confirmed to launch its Reno6 Series in the home country on May 27, 2021. Ahead of the launch, renders and specifications of the Reno6 Series have been leaked online. 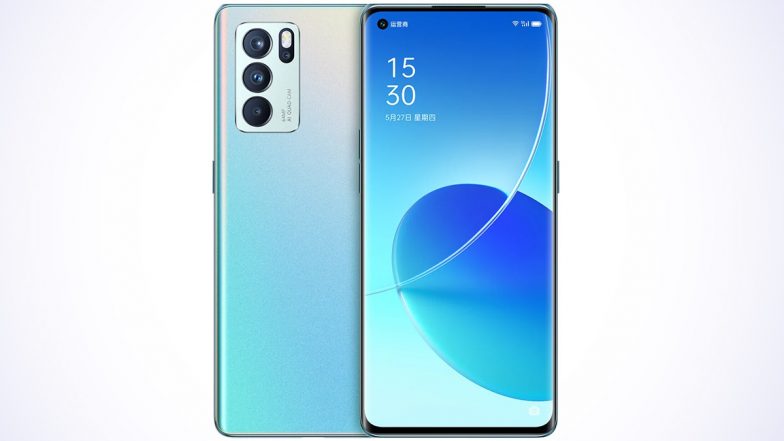 As per the renders, Reno6 and Reno6 Pro will be offered in three colours - Summer Harumi, Galaxy Dream and Night Sea. Both devices seem to have an identical rear design, a rectangle-shaped camera setup, an LED flash. The Reno6 Pro can be seen with curved edges whereas the Reno6 phone has a flat display. On the other side, the Reno6 Pro+ 5G will feature a curve-edged display. Oppo Reno6 is expected to sport a 6.43-inch AMOLED display whereas the Reno6 Pro and Reno6 Pro+ 5G could feature a 6.55-inch AMOLED screen. Reno6 Series are likely to support a refresh rate of 90Hz and FHD+ resolution. (The above story first appeared on LatestLY on May 20, 2021 01:22 PM IST. For more news and updates on politics, world, sports, entertainment and lifestyle, log on to our website latestly.com).