A group of scientists have suggested re-population, starting with a sperm bank, well on the moon. The proposal includes sending about 6.7 million sperm samples to the lunar surface, in what they are calling a “global insurance policy.” 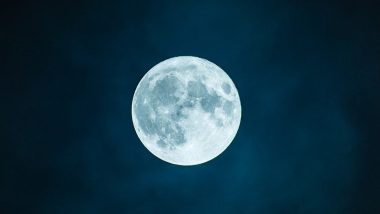 Given the increasingly unexpected state of things on Earth, some scientists are now planning to secure humans' lives before they go to extinction. Researchers crave to know if there was ever a sign of life in other parts of the galaxy is known to all, which led to many space explorations, including the Mars Rover mission. Now, in another bizarre proposal, a group of scientists have suggested re-population, starting with a sperm bank, well on the moon. It’s like taking ‘come to the moon,’ quite literally, or rather, in this case, it’s more ‘cum to the moon.’ The proposal includes sending about 6.7 million sperm samples to the lunar surface, in what they are calling a “global insurance policy.”

Scientists have been studying traces of life in other parts of the solar system for years. In 2019, a study revealed that frozen sperms survive space travel, which gave hope to establish human colonisation in space with the help of semen samples. Keeping up the similar connotation, but to the moon, mechanical engineers from the University of Arizona presented their idea at the annual Institute of Electrical and Electronics Engineers (IEEE) Aerospace Conference. They proposed that humans could buy into a “modern global insurance policy,” by building an “ark” filled with 6.7 million sperm samples—on the moon.

The ark would reportedly involve shooting the sperm samples, eggs, spores, and other species' seeds via multiple payloads. The samples would then be stored in a vault beneath the moon's surface, in a “lunar pit,” where they could be kept secure. The researchers believe their proposal would protect humankind from extinction.

According to them, the lunar ark could help the planet earth repopulate if a catastrophic disaster such as a deadly epidemic, supervolcanic eruption, a large scare lunar war, or an asteroid hid, or more were to occur. The earth-based repository of samples would still leave specimens vulnerable to getting destroyed in a massive disaster.

The facility could be “filled with samples” in about 250 flights to the moon. To prevent the samples from freezing or welding together in the sub-zero temperatures beneath the surface of the moon, the scientists also suggest the facility be powered by solar panels.

(The above story first appeared on LatestLY on Mar 12, 2021 12:45 PM IST. For more news and updates on politics, world, sports, entertainment and lifestyle, log on to our website latestly.com).