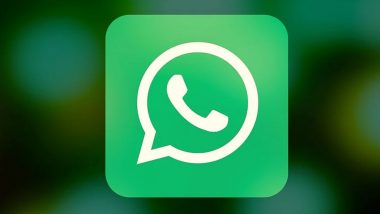 Facebook-owned WhatsApp is working on a multi-device feature that will allow the users to use one account on various devices without depending on the main device for a couple of months. As per the report by WABetaInfo, the multiple-device feature is in the final stage & will be rolled out soon to the Android beta users of the app. WhatsApp Web to Roll Out New Video, Voice Call Icons Soon.

According to the new reports, users will be able to use up to 4 devices simultaneously once the feature is rolled out to the beta version. The report also provides a screenshot that reveals the screen to 'Linked Devices' that has a dedicated section for 'Multi-device Beta'. 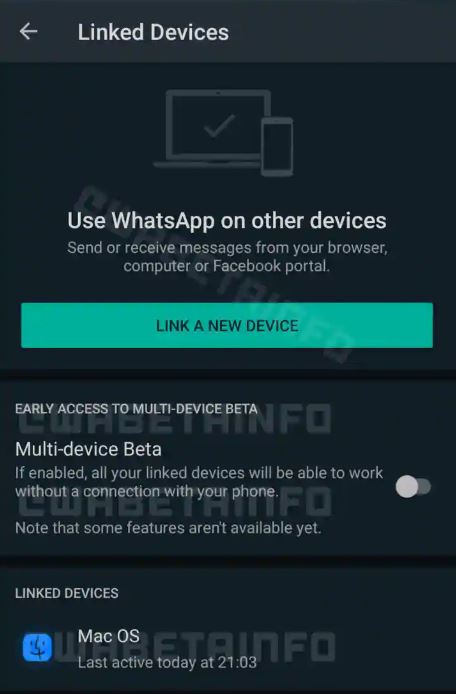 On enabling this feature, all devices will show the same chats & will be synced. WABetaInfo has shared several screenshots that shows the option to enable multiple-device support. Users can also turn on & off as per their requirements. However, we are not sure if the company will offer this option in the stable version.

Another WhatsApp feature was spotted that would allow users to change the wallpaper of individual chats. The feature was seen on the iOS version of the app. The company is now testing the same feature on Android. The new wallpaper feature will let users choose a different wallpaper based on the existing theme on the App.

(The above story first appeared on LatestLY on Sep 21, 2020 04:21 PM IST. For more news and updates on politics, world, sports, entertainment and lifestyle, log on to our website latestly.com).