In the wake of several European countries suspending the use of the AstraZeneca Covid-19 vaccine, the company has said that there has been no evidence of increased blood clot risk from its jab. 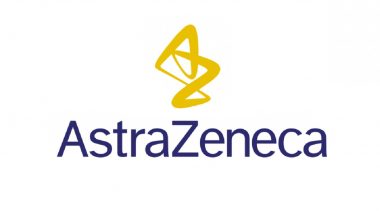 London, March 15: In the wake of several European countries suspending the use of the AstraZeneca Covid-19 vaccine, the company has said that there has been no evidence of increased blood clot risk from its jab.

The suspensions have come amid several reports of blood clots following vaccinations with the Covid jab developed by the British-Swedish pharmaceutical giant and the University of Oxford. COVID-19 Vaccines Pfizer-BioNTech, AstraZeneca and Moderna for Sale on Darknet for $250 to $1,200.

"Safety is of paramount importance and the Company is continually monitoring the safety of its vaccine," the company said in a statement on Sunday.

"A careful review of all available safety data of more than 17 million people vaccinated in the European Union (EU) and UK with COVID-19 Vaccine AstraZeneca has shown no evidence of an increased risk of pulmonary embolism, deep vein thrombosis (DVT) or thrombocytopenia, in any defined age group, gender, batch or in any particular country," it added.

So far across the EU and UK, there have been 15 events of DVT (a condition arising out of blood clot forming in a vein) and 22 events of pulmonary embolism (blockage in one of the pulmonary arteries in lungs due to clood clots) reported among those given the vaccine, based on the number of cases the company has received as of 8 March, AstraZeneca said.

The company said that this is much lower than would be expected to occur naturally in a general population of this size and is similar across other licensed Covid-19 vaccines.

"Around 17 million people in the EU and UK have now received our vaccine, and the number of cases of blood clots reported in this group is lower than the hundreds of cases that would be expected among the general population," Ann Taylor, Chief Medical Officer at AstraZeneca, said in a statement.

"The nature of the pandemic has led to increased attention in individual cases and we are going beyond the standard practices for safety monitoring of licensed medicines in reporting vaccine events, to ensure public safety."

In terms of quality, there are also no confirmed issues related to any batch of our vaccine used across Europe, or the rest of the world, the company said.

Additional testing has, and is, being conducted by ourselves and independently by European health authorities and none of these re-tests have shown cause for concern, it added.

(The above story first appeared on LatestLY on Mar 15, 2021 01:21 PM IST. For more news and updates on politics, world, sports, entertainment and lifestyle, log on to our website latestly.com).