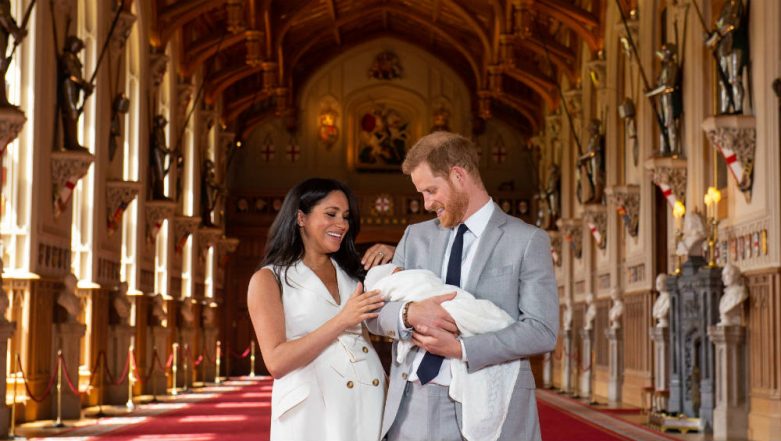 London, May 9: The BBC has fired broadcaster Danny Baker over his "stupid unthinking gag" on Twitter about UK's Prince Harry and his wife Meghan Markle's newborn son, Prince Archie. The now deleted tweet, which has been circulated on social media, showed an image of a couple holding hands with a chimpanzee dressed in clothes with the caption: "Royal Baby leaves hospital".

The 5Live -- the BBC's national radio service -- presenter was accused of mocking the duchess's racial heritage. Baker said: "Just got fired from @bbc5live... Sorry my gag pic of the little fella in the posh outfit has whipped some up. Never occurred to me because, well, mind not diseased." Royal Baby Name Revealed: Prince Harry and Meghan Markle Name Their Son Archie Harrison Mountbatten-Windsor.

"Soon as those good enough to point out it's possible connotations got in touch, down it came. And that's it." A BBC spokesperson said on Thursday: "This was a serious error of judgment and goes against the values we as a station aim to embody. Danny's a brilliant broadcaster but will no longer be presenting a weekly show with us."

Harry and Meghan, whose mother Doria Ragland is African-American, revealed on Wednesday their new son was named Archie Harrison Mountbatten-Windsor.