No Shopping on Sundays! Will New Italian Government’s Decision Affect the Economy?

Before the end of the year, the government is planning to introduce a ban on Sunday shopping in large commercial centres. 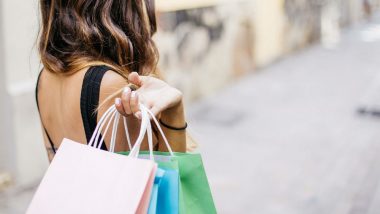 The new Italian government is going back to the country's roots and wants to reimplement certain age-old Catholic rules. Before the end of the year, they are planning to introduce a ban on Sunday shopping in large commercial centres. Talking about it, Deputy Prime Minister Luigi Di Maio on Sunday said that the movie is to defend family traditions.

In 2012, then Italian Prime Minister Mario Monti liberalised Sunday trading in a bid to push economic growth. The Roman Catholic Church and unions were complete with the rule saying the country needs to keep its traditional day of rest.

A Reuters report quoted Di Maio, the head of the anti-establishment 5-Star Movement as saying, "This liberalisation is, in fact, destroying Italian families. We need to start limiting opening and closing times again." Di Maio said that big stores would also have to shut down for national holidays.

Poland restricted Sunday shopping earlier this year stating that the Warsaw government was returning to Roman Catholic values. Following criticisms, Di Maio on Monday reportedly said, "There will be a mechanism of turns by which 25% of shops will remain open and all the others will be closed."

He said that the decision of which shops should remain closed and those should be opened will be decided by the city mayor and shopkeepers. After the announcement, retailers said that closing most shops on Sundays could thousands of people losing their jobs. Meanwhile, ex-premier Matteo Renzi of the opposition centre-left Democratic Party (PD) said the proposal was absurd.

The initiatives by the countries are against the liberalization of Sunday shopping hours across Europe. Retailers and small shopkeepers in Italy had long before also highlight how they face an unfair competition from the big malls and booming online shopping scenario. Shop owners had urged for a change in Monti's reform as their businesses are getting affected.

(The above story first appeared on LatestLY on Sep 10, 2018 05:24 PM IST. For more news and updates on politics, world, sports, entertainment and lifestyle, log on to our website latestly.com).