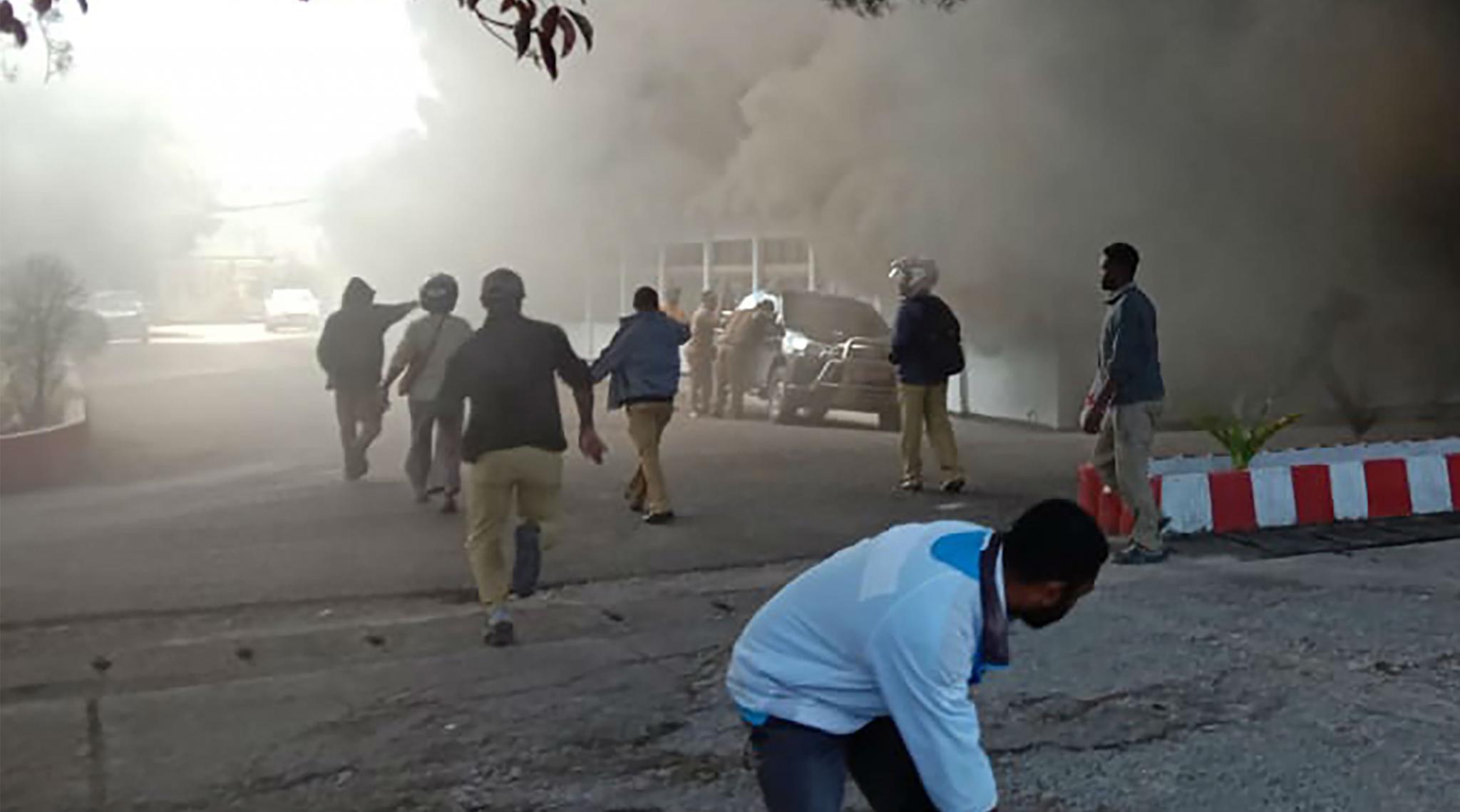 Wamena, September 24: At least 26 people have been killed in fresh unrest in Indonesia's restive Papua region, authorities said Tuesday, as thousands fled to shelters following a day of violence that saw victims burned alive in buildings set ablaze by protesters. Papua, on the western half of New Guinea island, has been gripped by weeks of violent protests fuelled by anger over racism, as well as fresh calls for self-rule in the impoverished territory. Indonesian President's Re-Election Sparks Protest, Six Killed, 200 Injured.

Some 22 people died in Wamena city where hundreds had demonstrated and burned down a government office and other buildings on Monday, with some victims perishing in deliberately set fires, authorities said, as they upped the death toll from a previous 20 with more than 70 injured. Some 700 people had been rounded up for questioning over the deadly riots, the military said.

"Some were burned, some were hacked to death... some were trapped in fires," local military commander Chandra Dianto told AFP. "(We're) going to scour the debris to look for more possible victims in shops and stalls that were set on fire," he added. Most victims in Wamena were non-Papuans, authorities said, threatening an escalation in violence against migrants from other parts of the Southeast Asian archipelago.

Most of the recent clashes have been between separatist protesters and Indonesian security forces. A soldier and three civilians also died in provincial capital Jayapura, where security forces and stone-throwing protesters clashed Monday. The soldier was stabbed to death, while three students died from rubber bullet wounds, authorities said, without elaborating.

Monday's protests in Wamena -- mostly involving high-schoolers -- were reportedly sparked by racist comments made by a teacher, but police have disputed that account as a "hoax". The United Liberation Movement for West Papua, which is pushing for independence, described Monday's violence as a "massacre" and said that 17 Papuan high school students had been gunned down by Indonesian security forces.

Neither the military nor the independence movement's claims could be independently verified. Conflicting accounts are common in Papua.

More than 4,000 residents, including mothers and their children, have fled to military and police posts, government buildings and a local church to seek shelter, according to authorities. Indonesia Election Results 2019: Joko Widodo Re-Elected as President, Defeats Prabowo Subianto After Month-Long Counting of Votes.

A low-level separatist insurgency has simmered for decades in the former Dutch colony after Jakarta took over the mineral-rich region in the 1960s. A vote to stay within the archipelago was widely viewed as rigged. Weeks of protests broke out across Papua and in other parts of Indonesia after the mid-August arrest and tear-gassing of dozens of Papuan students, who were also racially abused, in the country's second-biggest city, Surabaya.