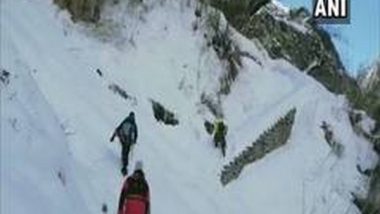 The trekkers started their trekking from Rohru to Burua village in Kinnaur district on October 17 and were stranded at area Burua Kanda top due to snowfall in the region. Also Read | Fuel Price Hike: 'Rise in Petrol and Diesel Rates Pushed Up Cost of Vegetables, Fruits in Delhi', Say Traders.

The deceased have been identified as Rajendra Pathak, Ashok Bhalerao and Deepak Rao. According to ITBP, 12 of the group members were from Maharashtra, and one was from Kolkata. The search and rescue operation is underway.