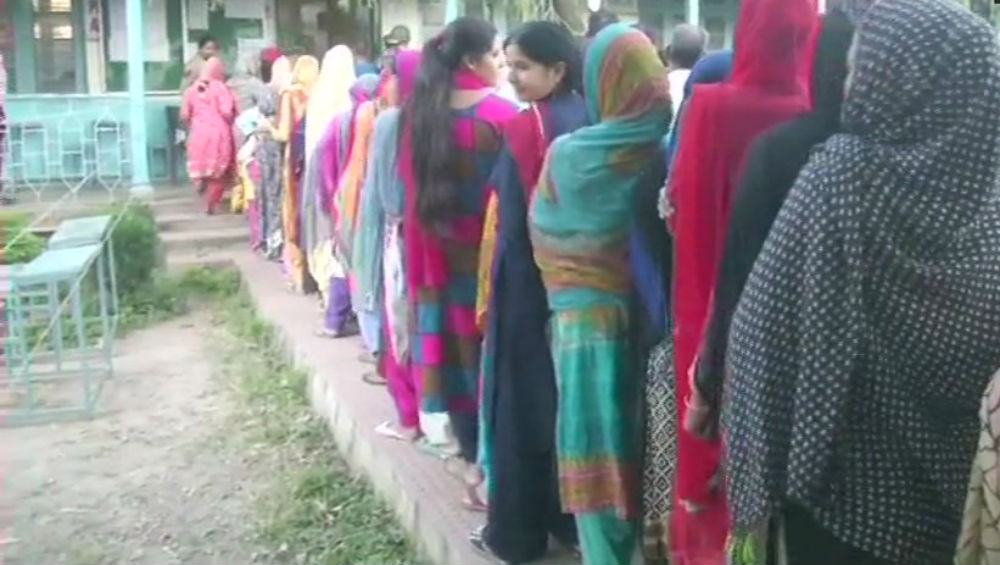 Jamshedpur, December 7: People queued up outside polling stations to exercise their democratic franchise as the voting for the second phase of assembly elections begin on Saturday morning at 7 am. In the second phase of the five-phased elections, voting is being conducted at 20 constituencies including Jamshedpur East and Jamshedpur West. In this phase of the election, over 48 Lakh voters will be exercising their democratic franchise.

Jharkhand's Chief Electoral Officer (CEO), Vinay Kumar Choubey has informed that 6,066 polling booths have been set-up to facilitate voting in the elections. The key leaders who are contesting in this phase of polling include Chief Minister Raghubar Das, who is contesting from Jamshedpur (East) seat. State assembly speaker Dinesh Oraon and BJP state unit chief Laxman Guila are also contesting in this phase of elections. Jharkhand Assembly Elections 2019 Phase 2 Live News Updates.

Due to security reasons, polling at 18 constituencies, barring Jamshedpur East and Jamshedpur West, will be held between 7:00 AM and 3:00. At the other two assembly seats, the voters can cast their votes till 5:00 PM. Other constituencies going to polls today are Khunti, Mandar, Sisai, Majhgaon, Manoharpur, Saraikela, Chaibasa, Baharagora, Ghatsila, Potka, Simdega, Kolebira, Kharsawaan, Tamar, Jagannathpur and Torpa.

Six of these assembly constituencies going to polls are located in East Singhbum district where the district administration and senior police officers have said to have taken all preventive measures to conduct the poll in a peaceful and fair manner. To check the rumour-mongering on social media, the district police has formed a monitoring cell."We have identified 2,300 people who can disturb law and order at the time of voting. Notices have been sent to them," said the district's Senior Superintendent of Police (SSP) Anup Birthray.

In the Maoist affected assembly constituencies, the Central Armed Police Force (CAPF) including the Central Reserve Police Force (CRPF) and the BSF jawans along with state police personnel have been deployed at strategic locations to prevent any untoward incident, added Birthray.

The Assembly election is being held in Jharkhand in five phases. The first phase had concluded on November 30 whereas the voting for the third phase will be conducted on December 12. The results will be declared on December 23.