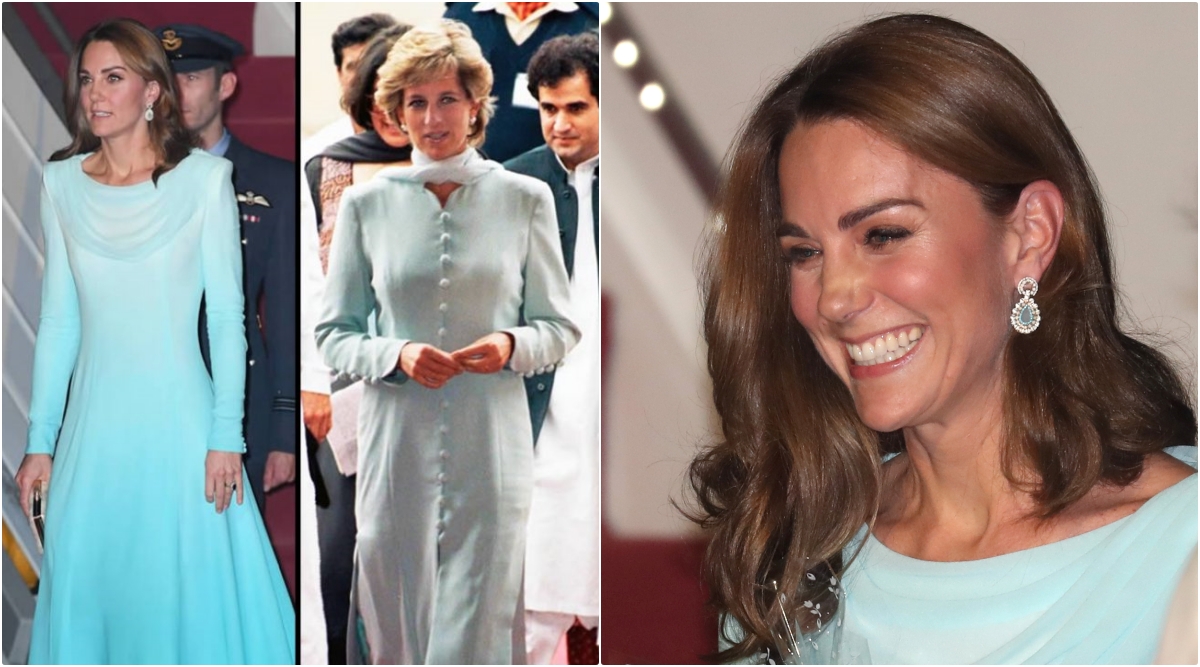 Islamabad, October 15: As the Duke and Duchess of Cambridge arrived in Pakistan on their five-day visit, what struck many was the choice of Kate Middleton's attire. The Twitterati in Pakistan were quick to point out that the Duchess of Cambridge was wearing an outfit that was similar to what her mother-in-law Princess Diana chose to wear when she visited the country in 1996.

The Duchess disembarked from the plane with her husband Prince William by her side looking stunning in an aqua-blue dress and matching pants which was a modern take on the traditional churidar-kameez. The royal couple was all smiles as they were given a warm welcome upon their arrival at Nur Khan Airbase. Princess Diana on her solo visit to Pakistan in 1996 had worn a light blue kurta and pants."

Kate Middleton channelled Princess Diana's style on #RoyalVisitPakistan. Kate looked elegant in a turquoise shalwar kameez by Catherine Walker, one of Diana's favourite designers.Diana wore during her visit to Pakistan in 1996. #WelcomeToPakistan pic.twitter.com/bSxUTTGcl5

The similarity of Princess Diana's visit to Pakistan and now her daughter-in-law Duchess of Cambridge Kate Middleton's visit. Look at Royalty and Grace," wrote one Twitter user tweeting pictures of Kate and Princess Diana."No comparison but similarities are always there. Lady Diana the Queen of Hearts. Kate Middleton all beauty," wrote another. 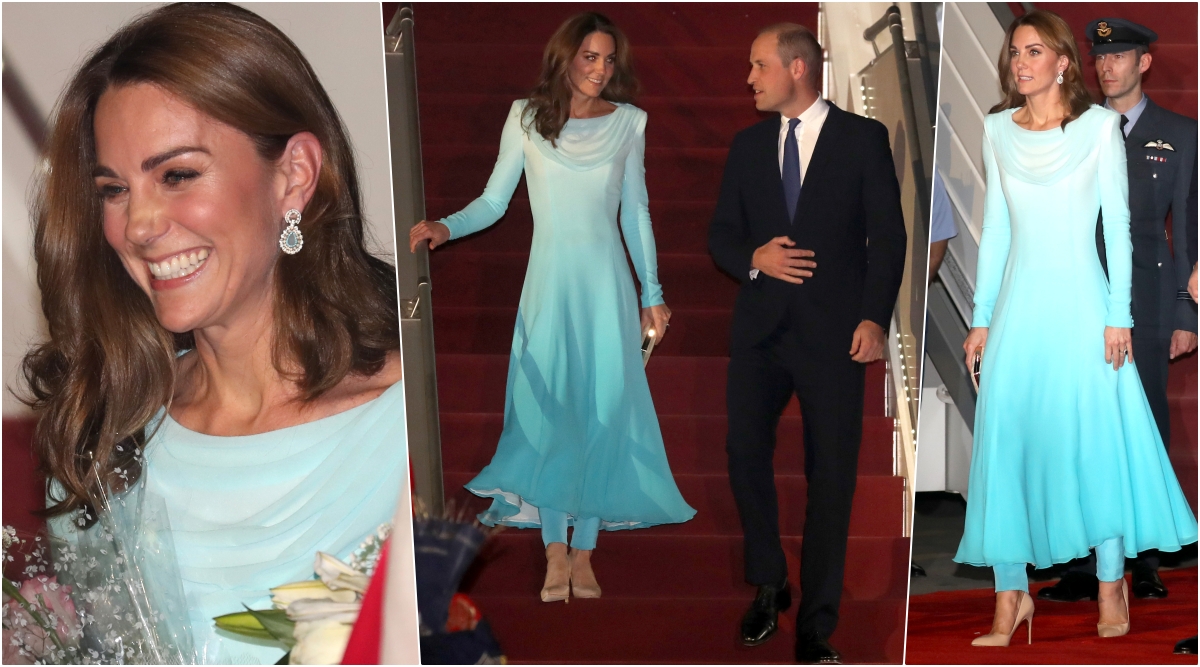 On their first visit to Pakistan, the Duke and Duchess of Cambridge were welcomed by Pakistani Foreign Minister Shah Mehmood Qureshi and his wife at the airbase, reported Dawn.