The six-part Australia-set series is penned by brothers Harry and Jack Williams, who will also produce under Two Brothers Pictures, the banner behind Fleabag. 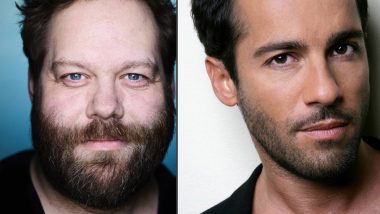 The Missing actor Olafur Darri Olafsson and The Principal actor Alex Dimitriades have joined the cast of the mystery thriller The Tourist for streaming platform HBO Max, fronted by Jamie Dornan. The six-part Australia-set series is penned by brothers Harry and Jack Williams, who will also produce under Two Brothers Pictures, the banner behind Fleabag. Billed as an off-beat comedy with high-octane action, the world of "The Tourist" is populated by quirky, enigmatic characters, reported Deadline. Justice League Snyder Cut Was Temporarily Available on HBO Max, Ten Days Before Its Release Date.

Dornan stars as a British man who finds himself in the glowing red heart of the Australian outback, being pursued by a vast tank truck trying to drive him off the road. "An epic cat and mouse chase unfolds and The Man later wakes in hospital, hurt, but somehow alive. Except he has no idea who he is. With merciless figures from his past pursuing him, The Man's search for answers propels him through the vast and unforgiving outback," reads the show's logline. Gossip Girl Reboot Cast Opens Up About How Different the HBO Max Revival Show is From the Original.

While Olafsson will play Billy, an American bound up in the epic cat and mouse chase with The Man (Dornan), Dimitriades will essay the role of Kostas, a rich and powerful character with nefarious international business interests. The series also features "Dumplin'" actor Danielle Macdonald, Shalom Brune-Franklin, known for "Line of Duty", and "Lord of the Rings" star Hugo Weaving.

Chris Sweeney, known for "Liar" and "Back to Life", will direct and executive produce. The Williams Brothers, Christopher Aird and Andrew Benson, will also serve as executive producers and Tommy Bulfin for the BBC. Lisa Scott is attached to produce.