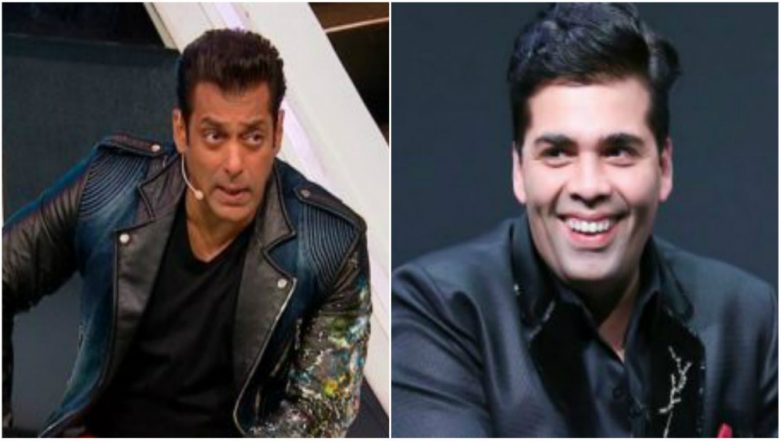 Mumbai, October 17: Bollywood superstar Salman Khan, who became a part of a celebration for 20 years of "Kuch Kuch Hota Hai", says the film's director Karan Johar is the "busiest man" in the Hindi film industry today. The actor has urged the filmmaker to work with him again.

Salman was addressing the media through video conferencing at the grand celebration here on Tuesday. Karan had approached many established actors to play the part of Aman Mehta in his directorial debut "Kuch Kuch Hota Hai", but eventually Salman gave the nod to play the part.

Talking about how he got agreed to do "Kuch Kuch Hota Hai", Salman said: "Karan Johar met my sister Alvira and he told her that ‘It's my first film and I have signed Kajol and Shah Rukh Khan. There is a small but important role for which I am looking for a star but I am not finding any star to play that part'.

"So my sister Alvira told me that ‘He is a really good guy. It's his first film and you should help him in his first film'. After that, Karan Johar met me at party that time, I told him that I will do it for my sister, Yash (Johar) uncle, Hiroo (Johar) aunty, Karan Johar and Shah Rukh, and that's how I became a part of the film."

Salman said he had even liked the script of the romantic drama, which was about love and friendship. "I was pretty impressed with Karan's writing. Karan was very clear in his head at that time and he made a really good film. Why Did Salman Khan and Aishwarya Rai Bachchan Give a Miss to 20 Years of Kuch Kuch Hota Hai Event?

"It was a different kind of film and it had its signature style and after that, he Karan established a different kind of cinema. Today, he is one of the most successful director and producer that we have in the industry. He does hosting, writing and acting too, so, I think Karan Johar is the busiest man in the film fraternity."

Salman also wished Karan and Shah Rukh for their future endeavours, saying: "I am very happy for Karan and I am happy to be part of ‘Kuch Kuch Hota Hai'. I wish this film remains an inspiration to all the young filmmakers. I wish the best of luck to Shah Rukh and Karan. I wish they keep on doing their best work."

In the end, Salman took a jibe at Karan saying: "Someday yaar... someday, work with me again."