HBO Max Goes Live, but the New Streamer Is Only Available in the USA 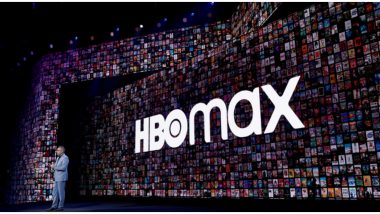 The much-awaited streaming platform HBO Max has launched today. But, don't get too excited already if you are living outside of the US. The new streamer has only gone live in the States for now. The global expansion of HBO Max will take place. Disney Plus was not made available for months to countries like India, months after its launch. Justice League: Zack Snyder Shares First Terrifying Look of Darkseid From Snyder Cut That Will Release On HBO Max (View Pic).

HBO Max will give a tough competition to a gamut of streamers like Netflix, Disney Plus, Amazon Prime Video and the hundred others. At $14.99 per month, the service offered by new entry is more expensive than others. Disney Plus is $7 a month and Netflix's cheapest tier is $9. But the lineup of the content, or the plans of it, at HBO Max are unparalleled. The streamer will have a Friends Reunion special. Not to forget, the Snyder Cut of Justice League will also drop in 2021 here.

HBO Max is also special because it won't be recommending titles to users solely based on computer-generated algorithms. But the platform will provide human-curated recommendations as well. Curators, including celebrities, have compiled lists of movies and TV shows they’re watching to help subscribers find something new to watch.

WarnerMedia says HBO Max is launching with 10,000 hours of movies and TV including every Batman and Superman movie from the last 40 years. Users will have access to shows like Friends, Game Of Thrones, The Big Bang Theory, Batwoman, Pretty Little Liars and many many others.

(The above story first appeared on LatestLY on May 27, 2020 11:29 PM IST. For more news and updates on politics, world, sports, entertainment and lifestyle, log on to our website latestly.com).