COVID-19 Effect: Miley Cyrus Reveals She Suffered a Panic Attack on Being Self Quarantined in Her Mansion 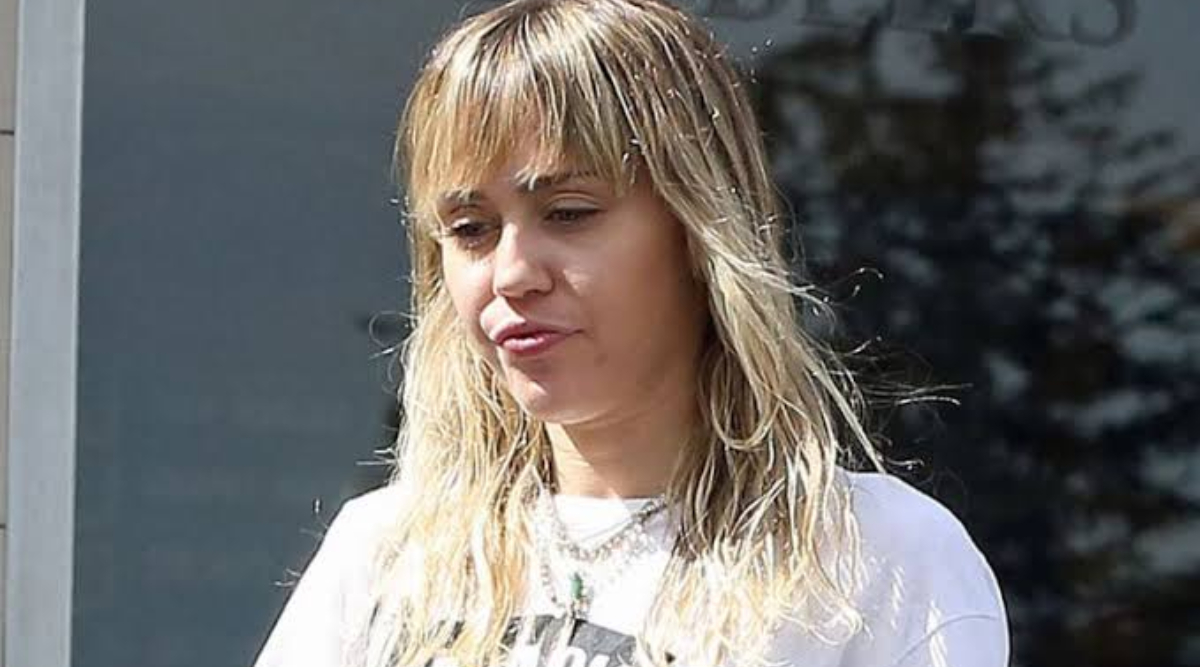 Popstar Miley Cyrus says she suffered a panic attack as she self-isolated in her mansion amid the COVID-19 pandemic. During an interview over FaceTime with Zane Lowe on Apple Music, the 27-year-old revealed how the time she spent locked away in her home triggered a number of issues, reports dailymail.co.uk. "Well, I was sitting one night outside and I was looking up at the stars, and it was the one place where I was able to be outside of my house and be able to feel really safe. So I was laying out in the grass and I was just looking up at the stars, and thinking about how fortunate and lucky I am that I live in a space where I can still go out and I can take a walk," the Los Angeles-based star said. Miley Cyrus Had a Blast Reuniting with Her Hannah Montana Co-Star Emily Osment in Her IG Live Show (Watch Video)

"And the weather has been a little rainy, but it's been nice to cuddle up with my dog on the couch on the days that it felt good and I have enough space where I can go outside and just enjoy nature and feel a little less c**p. But I was thinking about how everyone doesn't have that space. Because just having that change of scenery and being a part of something so beautiful, like the colours of trees or the night sky, was just so inspiring to me to create that inside for the days where I actually got stuck inside my house like everybody else," she added. Miley Cyrus Reveals How Her Father Goes to Grandma’s House to FaceTime As He Struggles with His New iPhone.

Miley continued: "And so I started having this fear and anxiety and panic, and I actually started giving myself really cold feet. My feet started going really cold, my hands going really cold, and I realised I was actually having a full-on anxiety attack. And so I remembered this exercise called bright minds that my psychiatrist has used for the past 10 years. Of course we have these great tools. We never use them in the times of crisis."

"We know them, but they're when we're positive that we want to have a bright mind, but when things go to sh*t, we're like f*ck exercise, I'm going to just do it my way. I'm just going to let myself totally go into panic and fear. So I called him, and I wanted to be reminded of the bright mind exercise. I am very organised. Like, at one point my entire closet was alphabetised. So I have really crazy OCD. So I was realising that his bright mind exercise wasn't an acronym.

"So I couldn't understand why B would mean take your vitamins, but his were just the 11 steps. So I thought as a fun project, I would go through and I would make my mind into this easy exercise. So you go B, a blessing and curse of social media. R, reliability. I, immune support. So I thought I would go through and do this. And as I did it, I realised how much it helped me, that I realised that I just had to share it," she added.

The singer explained how the steps lead to her coming up with the idea for her internet show "Bright Minded". "I started thinking of the most inspiring people I knew, like Demi Lovato or Ellen DeGeneres, or my good friends Rita Ora, Jeremy Scott. So I started creating this really amazing list of people that were willing to come be on my show," she said.